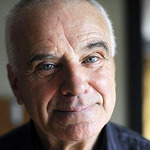 Sir Peter Maxwell Davies, Master of the Queen’s Music, said he could not bear dining to an accompaniment of “idiotic pop” and left without eating. The walk-out is his latest stand in a campaign to have piped “muzak” banned from restaurants, hotels and shops.


Yesterday he was close to walking out at the BBC because of the music in its reception area at Broadcasting House in London.

On Monday, the target of his ire was the Olive Grove, a popular trattoria in Canterbury, Kent. Sir Peter visited after teaching a class at the local university.

“I asked the waitress if it could be turned down – and it was, but then it came back up again. It was idiotic pop music. You just couldn’t hear yourself think, let alone order. It was deafening,” said Sir Peter.

“So I told the owner we were going elsewhere. We found a very nice Italian restaurant a few doors down. It too was playing muzak but agreed to turn it off. Nobody noticed – in fact the atmosphere noticeably improved. People were actually talking to each other and enjoying the art of conversation without the dulling, stupefying effects of muzak.

“I would urge more people to demand that piped music is turned off and vote with their feet if shops and restaurants don’t comply. This is a protest movement that wants peace to be given a chance.”

His partner, Colin Parkinson, described the soundtrack as “a compilation disc of Italian music that was so rubbish, it was like something you would hear in a lift”.

Sir Peter, 76, is a supporter of the campaign group Pipedown, an organisation set up to fight “the insidious menace” of piped music in public areas.

Staff at The Olive Grove insisted that the music was neither “idiotic” nor “pop”.

Gianni Pasquino, a manager at the restaurant, said: “We don’t have loud music at all but he asked the waitress to turn it down – never mind whether the other customers liked the idea or not – and she did. Then he said that there shouldn’t be music in restaurants because it interfered with people’s conversations. So he left.

“I was sorry to hear his complaint but he was not our only customer. If this guy doesn’t appreciate our music, that’s for him, but others do. We have never had a complaint before.

“People like listening to music. We play Pavarotti, Andrea Bocelli, sometimes Julio Iglesias. It’s not as if we are playing heavy rock. Can you imagine if everybody started dictating what you can or can’t do in a restaurant? Finding out he’s a composer, that’s what surprises me. Perhaps he had listened to too much music at work.”

Yesterday, Sir Peter attended a meeting at Broadcasting House with Roger Wright, the controller of Radio 3 and director of the BBC Proms, only to be subjected to piped music in the reception area.

“It was a form of torture, like being interrogated in Guantánamo Bay. If the BBC had been let loose on al-Qaeda they may have had more success than the Americans,” he complained.

“I was on the verge of walking out and was writing a note to Roger when he arrived. Instead we had a meeting in the muzak-free canteen.”

The Orkney-based composer recently walked out of Waterstone’s in Oxford Street, central London, because he objected to the piped music. He is also opposed to “moronic melodies” on mobile phones and refuses to hold for call centres if muzak is played.

Sir Peter is currently working on a new symphony to mark the Queen’s Diamond Jubilee and will score some of the music for the wedding of Prince William to Kate Middleton.