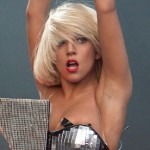 It’s a scenario every parent of a teenager will recognise: the bedroom door closes, a volume dial is rotated clockwise and loud music fills the room for hours at a time..

But there is some good news – this routine might actually make your child more caring and socially responsible.

After years of studies purporting to show the harmful effects of young people listening to songs with violent or misogynistic themes, a psychologist has concluded that music containing a positive message has a beneficial impact on listeners.

Dr Tobias Greitemeyer from the University of Sussex carried out a series of tests on groups of students in which those exposed to so-called pro-social music – one example was Help! by the Beatles – later acted in a more considerate and empathetic way than peers who had listened to songs containing a neutral or apparently meaningless lyrical message.

His experiments took groups of students and split them at random into those who listened individually either to socially-conscious songs or those with a neutral message, and then used various ways to measure the apparent effect. In one, after the music had stopped, a researcher “accidentally” knocked a cup of pencils from a table and paused briefly before beginning to collect them.

On average, those who had heard songs like Michael Jackson’s Heal the World responded more quickly and picked up almost five times as many pencils as people in the other group.

Other volunteers were asked, after listening to the music, whether they would help with a separate research project. Almost three times as many in the “pro-social” group said they would. “It’s a very consistent effect. I did not expect it would be so significant,” Greitemeyer said.