Media
A Point of View: Why it’s time to turn the music off
March 2nd, 2016
Tags: society 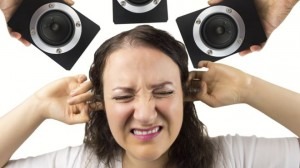 It’s time to switch the music off in order to rediscover its true value, says Roger Scruton.

In almost every public place today the ears are assailed by the sound of pop music. In shopping malls, public houses, restaurants, hotels and elevators the ambient sound is not human conversation but the music disgorged into the air by speakers – usually invisible and inaccessible speakers that cannot be punished for their impertinence. Some places brand themselves with their own signature sound – folk, jazz or excerpts from the Broadway musicals. For the most part, however, the prevailing music is of an astounding banality – it is there in order not to be really there. It is a background to the business of consuming things, a surrounding nothingness on which we scribble the graffiti of our desires. The worst forms of this music – sometimes known, after the trade name, as Muzak – are produced without the intervention of musicians, being put together on a computer from a repertoire of standard effects. Full story.