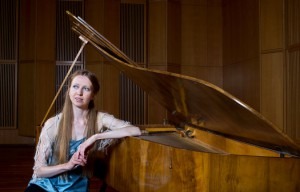 Christina Kobb learned a 19th-century piano technique that forced her to hold her body differently, producing a more fluid and subtle sound.
Credit Fredrik Solstad for The New York Times

Classical piano pieces by such composers as Beethoven, Mozart and Chopin likely sounded much different when the masters first performed those works than they do today. Pianos themselves have changed considerably — but so, too, has technique.

Over the past decade, a growing number of musicologists have begun to take a closer look at how technique shapes not just the sound of music, but also the audience’s emotional response to it. Full story.