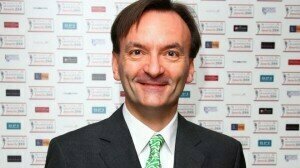 Stephen Hough was made a CBE in 2014/Getty Image

Pianist Stephen Hough has called for classical concerts to be overhauled to attract younger audiences.

Performances should be shorter with no interval, he argues, while orchestras could drop their formal dress code.

The musician, who plays the BBC Proms next week, says the lack of new audiences has become critical. Full story.