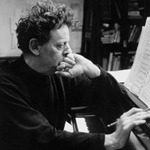 It’s rare for a concert to have quite as many selling points as the one that Robert McDuffie, the violinist, managed to compile in the program he presented at Strathmore on Sunday night. The program had going for it a crack ensemble, the Venice Baroque Orchestra. It had one of the most popular classical works in the repertory: Vivaldi’s “Four Seasons.” Rarest of all, it had a new work with considerable popular appeal: Philip Glass’s second violin concerto, “The American Four Seasons,” written for McDuffie himself.


It even had a pretty good soloist.

It’s exhilarating for a classical musician to have a new work made for him that people are actually excited to hear. Buzz for this work is generated by Glass’s popularity on the one hand, and the general amiability of the piece — which really does sound like Vivaldi translated into a Glassian idiom — on the other. McDuffie is making the most of the opportunity: Having premiered the “American Four Seasons” in Toronto last year, and subsequently recorded it with Marin Alsop and the London Philharmonic, he’s taking it on the road this season on a tour of no fewer than 30 cities with the Venetians and is also performing it with a number of other orchestras. This may lead to a measure of “American Four Seasons” fatigue, but Sunday’s audience, though far from a capacity crowd, showed no sign of it; they whooped and hollered louder for the Glass piece than for the popular Vivaldi that preceded it.

The juxtaposition of the two works, linked by the taut, warm, woody colors of the Italian ensemble’s playing, made for a nice program. The Venice Baroque Orchestra, 18 members strong, is basically a chamber ensemble; its members are attuned to each other’s playing but able to maintain their individuality, bringing out the music’s textures (the viola section, containing the group’s only women, chipping away at an accompaniment), stories (birdsong! country dances!) and humor (a flourish of the mellow lute to end a languid segment of “Summer”). For the Glass, the harpsichord was replaced by a synthesizer that transposed Vivaldi-like driving rhythms into the key of Philip.

Glass seems to have entered his own baroque phase, though “romantic” might be a better term for the warm melodies he plays with in this piece and in his very fine “Songs and Poems for Solo Cello.” Nineteenth-century Romany violinists seemed as much an influence as the brittle repeating patterns of 1970s vintage Glass. Divided into four movements, each introduced by an extended and technically demanding solo for the violinist, this concerto is a nice contemporary mirror of Vivaldi’s work, even incorporating what sounded like some of the same harmonies: His third movement sure sounds a lot like Vivaldi’s “Fall.” Glass, in the program notes, coyly abstains from assigning the movements specific seasons, leaving it to the listener, but it’s not hard to project the Vivaldi template onto the Glass, from the lugubrious low-voiced opening of the second movement to the chillly double-stops that introduce the fourth one.

All that was missing was a breathtaking soloist. McDuffie, to be sure, is a very competent artist, a strong player with a lot of sense and the ability to execute things like extended double-stopped passages, playing two different things at once. But his intonation was sometimes uncertain, and though he had a great star vehicle here, he never quite exuded the star quality that would have let him emerge as more than the midwife of a very satisfying evening.