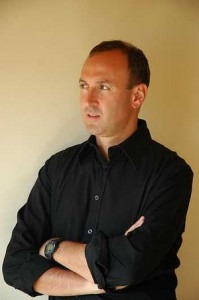 Music criticism may just have outlived its usefulness.

FOR four years, the critic Chandler Burr wrote on perfume for The New York Times. Gifted with a good nose and an expensive education, he wrote very well of scent and its science. But he wrote with even greater depth of an era that produced dozens of new fragrances each week. Until he moved into a museum role in 2010, this ”Curator of Olfactory Art” offered some of the best popular criticism going.

Burr compared one strong and unsurprising fragrance to the films of Jerry Bruckheimer; another was taken as an occasion to describe the myth of feminine innocence. He wrote, apparently, of sweet nothings to considerable and valuable effect.

The point here is not so much that the good critic can turn his hand to any target and deliver a fistful of arrows. It is more that pop-cultural artefacts can only deliver us piercing insights for a limited time.

While it is true we continue to enjoy popular music in larger numbers and with more sensitivity than might we reserve for cologne, it is also true that music criticism has largely outlived its usefulness.

This death is due to several predators; not the least of which is technology and the market it created. These days, we need no longer depend on this writing to preview something we can easily sample on a mobile.

Those of us fortunate enough to be weaned into adult reading by 1980s music critics depended on smart-arses like Julie Burchill and Nick Kent to tell us how to spend our pocket money. Now, of course, music costs us substantially less and besets us considerably more. We are rarely more than a click away and never more than a few pennies from a song a virtual friend has recommended. Who needs the opinion of ”hip young gunslingers”, as the job description for music critics at the New Musical Express famously ran, when music comes cut-price and advice is free?

That personal music collections are now more easily measured in terabytes rather than albums (albums? What are they?) was bound to crash the currency of the critic. There’s no need for guidance in a bull market.

But critics need to cop a bit of the blame. So many write about nothing into an indifferent void. Certainly some of them write about nothing to no one very well. Nonetheless, the work has become more, not less, focused on the narrowest traditions of criticism. In general, the specialty offers us less information about the wider world than a perfume review.

At a time when its survival might depend on creative growth, this criticism has largely curled into foetal snobbery. It writes in weird pretzel code about itself.

On the odd occasion it doesn’t, though, it still can command our attention as criticism should.

A few weeks ago, a 20-year-old Perth student was published in Western Australia’s street title X-Press. Reviewing an album by singer Chris Brown, Chloe Papas offered 200 comic words which made the unusual leap from print into online sensation. Her work – which awarded ”No Stars Ever” – was much more a young feminist’s cri de coeur than it was a music review.

And why not? There is no longer anything for a young writer to say about a terrible pop record. She may as well look at the conditions that created it.

”I do think people are often more receptive to that kind of journalism because it’s more relatable to those who don’t just see music as the guitars, bass and drums, but as part of a wider genre, culture and world,” says Papas.
This smells more like it.

When the top-notes of the luxury perfume craze had dried down to nothing, Burr shot out of the game. For some reason, music critics are a little more stubborn. Surely, it is time for them to retire their skills to the museum if they’re not going to rejoin the world.