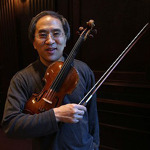 
Liu, a writer, teacher, and human rights activist, is serving an 11-year prison sentence for opposing the ruling Communist regime. He will not be permitted to attend, say Chinese officials, who have denounced Liu’s selection as a ”desecration” of the peace prize.

The stage will not be empty, though. Actress Liv Ullmann will read from Liu’s works. A selection of music will be played in his honour, as is customary at these ceremonies. Among the performers will be violinist Lynn Chang, a celebrated Chinese-American musician who has played with orchestras around the world.

Advertisement: Story continues below
Chang, 57, has chosen three songs that reflect the mood and theme of the proceedings. But his decision to play in Oslo was not arrived at lightly, given the backlash he might face.

”I was of course thrilled and honoured to be asked,” Chang said. ”But I asked for a day to think about it, too.”

With family members still living in China, Chang said he feared not being allowed back into the country to visit them. His father, a retired physician who emigrated to the US from China in 1949, was particularly concerned about this.

On a professional level, Chang added, the biggest issue was whether Chinese music students might not be allowed to study with him or his colleagues in the future.

Chang spent a day consulting with friends, family, China experts, and school officials before saying yes to the Nobel event. The next order of business, choosing what to play, was almost as thought-provoking.

”What’s usually played at these ceremonies is a little Mozart, a little Bach,” he said. ”That’s great stuff, but I was looking for something a little more appropriate to the occasion.”

The selections he settled upon include two Chinese folk songs: Jasmine Flowers, a lilting, meditative 18th-century composition familiar throughout China and sung during closing ceremonies at the 2008 Summer Olympics in Beijing; and Colourful Clouds Chasing the Moon, an upbeat, jazzy 1930s composition whose lyrics refer to missing loved ones, a conscious bow to the absent Liu.

The third piece was inspired by a statement Liu made at his court sentencing, in which he spoke of his undying love for his wife. To honour them as a couple, Chang will play the Edward Elgar composition Salut d’Amour (Love’s Greeting), a romantic, sentimental song ”full of young love”, as Chang describes it.

His hope is that the pieces chosen for his seven-minute program ”go right to the heart of the Chinese people”, even though the ceremony itself will be blacked out in China, at least officially.

‘Chang has never met Liu and has seldom interacted with political dissidents during visits to China. In 1989, though, Chang was performing in Taiwan when the Tiananmen Square demonstrations erupted. He cut his trip short and hurriedly flew to San Francisco to play in a concert of support for the dissidents.

From what he has learnt, he added, China’s hardline stance masks a deep nationalist pride, particularly among Chinese intellectuals and artists, in Liu’s selection.

”Change is already starting to happen,” he said. ”If in some small way my participation can affect a kind of international dialogue, I’d be very pleased.”