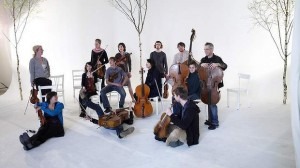 Classical music dying? Somebody forgot to tell these innovative acts coming to the Sydney Festival.

The doomsayers have been predicting the Death of Classical Music for years. The logic goes that audiences are getting older, there are no younger audiences replacing them, so eventually concert halls will become emptier and emptier as the classical diehards, um, die.

There are the figures to prove it, too. The Australian Bureau of Statistics reports a steady growth in the numbers of 65- to 74-year-olds attending classical concerts, (up 2 per cent from 2005) and a decline (of just under 1 per cent) in 25- to 34-year-old audience members. Meanwhile, Live Performance Australia reports that classical music attendance numbers dropped by 9.4 per cent between 2004 and 2010.

Is that it, then? Should our symphony orchestras and opera companies wind up their businesses and learn another trade in preparation for their inevitable extinction? The Sydney Festival’s new director, Lieven Bertels, thinks there are several issues at play.

”It’s not so much that the audience is getting greyer,” he says. ”It’s also a problem that in some parts of the world the music and the audience are staying white. Classical music does not resonate at all in larger parts of Africa, a large part of South America, or in other parts of the world. It’s always been a very Western bastion of cultural performance practice.

”Having said that, there are so many connection points with other musics that people enjoy. Classical music will become one of the options of musical entertainment amongst many others. That’s true of a lot of musics, plural intended.”

But if you are looking for a traditional concert experience, you might need to look elsewhere because much of the classical music turns up in unusual contexts and settings. There is a Handel opera dressed up as a fashion show, a concert of 20th-century string quartet repertoire disguised as a theatre piece, and a requiem transformed into a film soundtrack.

”I think one of the pieces in the festival I’m most proud of is actually a theatre piece that has classical music in it, which is Eraritjaritjaka by Heiner Goebbels.”

In it, a quartet sits centre stage as it plays complete movements of works by Shostakovich, Ravel, Crumb and Goebbels as the action unfolds. ”It’s such a beautiful, profound, subtle way of presenting a whole range of musics. Without even having to go to a concert, you’ve just been to one of the most exciting concerts in your life.”

But why should we listen to these works? Why not leave classical music in the concert hall, playing to rusted-on subscribers and diehards? Bertels is determined. ”I really think that music as a form of expression in the performing arts is one of the most powerful means of communication. I’m not obsessed with whether something is classical music or other music. But there’s an awful lot of classical music that deserves to be heard in the context of other performing arts.

”It’s not so much about ticking the box. It’s about the uniqueness of what a performing arts festival like Sydney Festival can offer as a context to that music.” He is a fierce advocate for the power of live music.

In The Rite of Spring, a dance piece devised and performed by Raimund Hoghe, the music is actually on stage, as piano duo Guy Vandromme and Alain Franco perform Stravinsky’s piano reduction of the tumultuous ballet. ”You have to come up with a damn good excuse to not have live music. Even if it’s your average ballet performance, I’d rather have half a ballet with live music than the whole ballet extravaganza with some sad tape or CD.”

He is also an advocate for some tough listening. A former (”failed”) composer and musicologist, he does not pull his punches in serving up serious, thought-provoking music.

Georgy Ligeti’s Requiem, for example, has never been on a top 20 list. But when it is the soundtrack to Stanley Kubrick’s 2001: A Space Odyssey, performed live by the Sydney Symphony with a simultaneous screening, it reaches a whole new audience who would never otherwise dream of listening to contemporary classical music.

Likewise, Harrison Birtwistle’s electronic work, Chronometer, a bewildering collage of sounds inspired by clocks, bells and the passage of time, becomes a profound experience when heard in an outdoor listening lounge set up on St Georges Head.

”In the context of a contemporary dance piece, or a film, or an installation, you encounter that music and it becomes a real thing of beauty,” Bertels says.

So is there a future for classical music?

”Certainly. But it’s going to be a different future. Is the audience dying? No. Do we need to do other things than just present concerts in boring old formats?