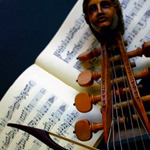 When the Imperial Symphony Orchestra begins its new season Tuesday, the program for its first concert will rely on a bit of a marketing gimmick. Called “Pleading the 5th on the 5th,” the orchestra will play excerpts from works with the number five, including the first movement of the most famous “fifth” of all, Beethoven’s Symphony No. 5, with its instantly recognizable four-note opening.


This “greatest hits” approach — playing just part of several lengthy works in order to attract an audience — would be considered artistic sacrilege by major orchestras like the New York Philharmonic, or even by a professional regional ensemble like the St. Petersburg-based Florida Orchestra. But maybe they should just get over it, says Albert Moehring.

“Purists are upset, (but) you have to think outside the box. We’re living in a fast-moving society. What’s wrong with going, ‘Taste this; taste that’?” said Moehring, who started in July as the new executive director of the Imperial Symphony.

Classical music — as it is composed, performed and listened to — is in a time of transition.

Gone are the days when children watched on TV as conductor Leonard Bernstein explained that the music they knew as the theme song of “The Lone Ranger” was really part of an overture by Rossini. Those children are now in their 50s and 60s, most of them aren’t patronizing their local orchestras and their children and grandchildren have no idea who Rossini, Bernstein — or, for that matter, the Lone Ranger — are.

Conductors such as Bernstein and Arturo Toscanini once were recognizable cultural figures. Today, the orchestras they commanded either no longer exist or are struggling financially.

“There’s no question there was a much more homogeneous cultural esthetic in the last century,” said Judith Kurnick, vice president for strategic communications for the League of American Orchestras in New York.

“The unspoken belief was that Eurocentric music was desirable and important for Western civilization, something civilized people would be familiar with. Today there’s much more diversity. We’re competing with many other forms of cultural activity.” Yet today it is possible to see or hear a performance of just about any work in the classical repertoire with a few clicks of a mouse. And young composers and artists are creating classical music videos and using YouTube and social media like Facebook to spread the joys of classical music among members of a new generation.

There is even a new wave of compositions that is leaving behind the cacophony of mid-20th century music that had audiences holding their ears at the premiere of a new work. Composers are creating music that borrows from pop, jazz and Americana and is aimed once more at the emotions.

The question is whether people will pay to hear it, or the older music of Bach, Mozart and Verdi. A 2009 survey by the National Endowment for the Arts demonstrates that audiences are shrinking and aging.

One young artist, who has given a lot of thought to how to appeal to audiences, says the current crisis is a good thing because financial stability led to artistic complacency.

“It’s a wake-up call that something’s not working right,” said Gregory Anderson, a 28-year-old Juilliard-trained pianist, from his home in New Haven, Conn. “We need to evaluate either what the audience wants or what new audiences want.” There are more than 1,800 symphony, chamber, collegiate and youth orchestras across the country, according to the League of American Orchestras, and about half of them are volunteer or community orchestras like the Imperial Symphony Orchestra, based in Lakeland.

Many of those ensembles struggle to survive. Only about 35 percent of orchestra revenue comes from ticket sales. The largest share, about 40 percent, comes from private and corporate donations, and the economic downturn has hit philanthropic giving hard.

The Imperial Symphony ran a $70,000 deficit in 2007 but has managed to stay in the black since then.

Since 2000, 11 American orchestras, most of them small, have gone out of business entirely, according to league figures. Others have reorganized and reopened, sometimes under a different name. And that does not include at least five opera companies that have closed in the past several years, including the Orlando Opera. The Florida Orchestra has reduced its budget by almost 20 percent in the past three years and faced a $600,000 deficit last spring.

Moehring knows the difficulties firsthand. He founded the Charlotte (N.C.) Philharmonic Orchestra in 1990 and directed it until it was forced to close in 2008, a victim of the economy.

But administrators and artists interviewed were unanimously convinced classical music will survive in some form.

“Classical music has been dying since the early 1600s. Each time, it doesn’t die; it goes through a metamorphosis. The way symphony orchestras are run (and) the model of how opera houses are run needs to go through a metamorphosis,” said Karl Hesser, the new director of the Lake Wales Arts Center. He has experience with several opera companies in the state.

Technology is providing better opportunities for exposing people to classical music. The National Endowment for the Arts survey found that “more U.S. adults watched or listened to classical music through electronic media (18 percent of adults) than any other art form studied.” Kurnick, with the League of American Orchestras, said many orchestras are learning to adapt by changing the music they play and when and where they play it, trying short midday concerts rather than lengthy ones on week-ends.

“Orchestras are experimenting with a lot of different approaches on how to attract different audiences. A { They’re reaching out to people who might not come to concerts. Orchestras that are smaller have more freedom with that,” she said.

Mark Thielen, music director of the Imperial Symphony and a man conversant with sports, initiated an audience participation scheme in the 2008-09 season called “March Madness,” in which patrons chose works for the orchestra to perform by making choices from a bracket patterned after the NCAA college basketball tournament. The ISO played the audience choices last spring and will play the runners-up later this season. The orchestra also has made use of visuals in some recent concerts, projecting images from the Hubble telescope during the playing of Holst’s “The Planets,” for example. Thielen isn’t bothered by complaints that such tactics detract from the art of the music.

“If you’re going to be a 19th century orchestra on stage, you better be 21st century everywhere else,” he said. “Is it entertainment? Of course it is. It’s like the movies. Some have deep thought, but if you’ve enjoyed it, it’s because you were entertained. Music has that power, too.” Hesser said classical music still appeals to people.

“We generally found the more exposure there was, the more interest there was,” he said. “When you go to a concert, an opera, a gallery, there’s a possibility something is going to change your life,” Hesser said. “Love, ambition, revenge, tragedy, happiness, joy — all that speaks to the human condition. Great artworks are still relevant.”