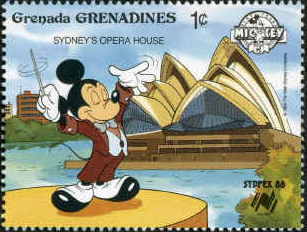 It’s official: opera is good for you (well, at least it’s good for mice…)

A dose of La Traviata turns out to double the life expectancy of heart transplant mice.


Japanese researchers have won an award for their discovery that mice who have been given heart transplants live longer when exposed to opera. The team, whose findings were published in the Journal of Cardiothoracic Surgery, carried off the Ig Nobel Prize for Medicine.

Masanori Niimi from Tokyo’s Teikyo University led the project which found that mice who had received cardiac grafts and were then made to listen to La Traviata survived on the average for 27 days. This was in stark contrast to a similar group of mice who were made to listen to Enya and who lasted on average a mere 11 days.

The Ig Nobel awards, presented at Harvard University, are now in their 23rd year and are run by the light-hearted scientific magazine Annals of Improbable Research. They are specifically for projects that “first make people laugh, and then make them think”.

The President of Belarus won the Peace Prize for outlawing applause in public although it’s not clear how that has gone down with the Belarus Philharmonic.

Other prizes this year went to studies proving that dung-beetles navigate by the stars; the discovery that people would be capable of running across the surface of a pond (as long as they were on the moon); and a bizarre probability study that demonstrated that the longer a cow has been lying down, the more likely it is to stand up soon, but, once it is up, it is much harder to predict when it will lie down again.