Media
Does opera exclude you, or do you exclude opera?
August 23rd, 2017
Tags: opera 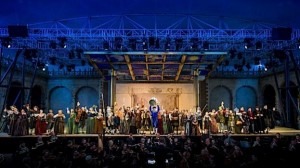 Michael Volpe is general director of Opera Holland Park, which he founded in 1996. In its 20 years, the company has won widespread praise for introducing not only new audiences to opera but also giving fresh life to otherwise neglected works. But as he explains below, exploring and championing opera requires willingness from both performers and audiences alike… Full story.