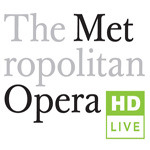 There is no doubt that live-in-HD versions of Metropolitan Opera performances have been a signal success, both at the box office of the international theaters in which they are shown, and in the opinion of many operagoers.


The Met has continued expanding the numbers of operas in the venture, as well as the locales in which they are available, and is saying that the project, begun with the arrival as general manager of Peter Gelb, is now showing a profit. Its success, however, only points up the ways in which opera, in the past few years especially, has itself changed.

Gelb, when launching the effort, was adamant that streaming videos of opera from the Met was not, and would never be, an end in itself. The idea, he stressed, was to popularize opera throughout the United States, and thus not only aid local companies by awakening new audiences to the art form, but help sell tickets (and, more importantly, subscriptions) to the Lincoln Center house. The HD telecasts would be analogous to the old LP records, as tools to lure attendees to actual performances.

By all accounts, this has not occurred, except in a minor way. Regional opera companies are increasingly skeptical about the pulling power of the HD showings for their own performances, and indeed are worried that they are undercutting their own efforts. And — though the success of the project has led to the Met being able to add to their donor base — there is little proof that scads of new subscribers have come through the doors because of the HD program. There are several reasons for this. One is that the transmissions appeal most strongly to an older population that cannot, or does not want to, go to the Met. It also appeals to a population that rarely visits New York. Although the HD operas are spreading the word about the Met throughout the country and the world, that word was well spread for decades by the Texaco broadcasts of the past. What is dramatically different is the medium: television.

We live in a visual age, where everyone is hooked to one or another sort of video adjunct, be it television or the internet or iPad/Pod/Phone images. Gelb has long known that opera must be brought into the television age, and that it must be at a competitive level. To watch a televised opera from the past two years and compare it with one a decade or two ago from the Met is to instantly appreciate the change.

But it not only represents a different way of looking at staged spectacle, it represents a different esthetic. There is much more reliance on close-ups, much more on the interaction of characters, and less of a passive “show the show and get out of the way” attitude. The insistence on having photogenic singers rather than the clichéd “operatic” singers of yore has also aided in transforming the event from a stodgy sing to a supposedly dynamic reappraisal of the art.

What this change has accomplished is several-fold. One, the focus has moved away from the singing toward the staging, and two, the focus has moved “up close and personal” rather than taking in the whole of the stage — and often the chorus. And what this has done is to separate, not integrate, the television audience from the audience in the Family Circle. When I’ve asked people who have seen the HD operas if they will now come to the Met, almost every single one has said, “Oh, no! The people are so tiny! I can’t see anything from those seats!” And they are right.

Now it is true that if all audiences deserted the Met for the HD telecasts, the Met would go bankrupt and there would be no more HD performances, for without the live event in an opera house there can be no ancillary revenue stream. To those of us who cherish the live performance this is a saving grace. But it is also true that this reliance on technology has affected opera in another, fundamental, way – at its ground-level bedrock: the voice.

We used to go to the opera for the voices. Zinka Milanov was a chunky soprano, who didn’t move about the stage with much aplomb. And in her later years she could only be counted on maybe one out of two or three nights. But when she was “on,” the voice itself — and the acting within the vocal production — was so extraordinary that it justified the art form. Even if you were seated in the back row of the Family Circle of the old house, that sound arrived clear and glorious. One rarely went to the opera for the stage direction (some productions had been in repertory for two decades) but to hear what each singer could bring to his or her role. When Franco Corelli debuted to clamorous acclaim, we heard him in a variety of roles over the next seasons, and he was not the world’s greatest actor!

I am convinced also that the heavy hand of the stage director — now ubiquitous in opera — has impeded the individualization of voices. Why develop “your” idea of Iago, or Posa, or whoever when you will be in the hands of someone who wants something entirely different. Thus the homogenization is begun, and we get plain clay voices to be modeled by others. The great 19th- and 20th-century baritone Mattia Battistini traveled everywhere with trunks of his own costumes for his roles — he performed “his” version or none. Even Corelli, when he came to New York, brought his costumes, sometimes with risible results.

Those singers whose voices are malleable enough to work with determined stage directors will succeed in this environment, but if little attention is paid to voice, and the importance of voice in the operatic equation, the nuances that so delighted so many of us will disappear. And it may be that the individual singers will disappear. This season the noted bass-baritone Rene Pape has been performing Boris Godunov at the Met, in a production directed by Stephen Wadsworth. Pape is one of the top singers today, and his performance reflected the small-scaled, intimate and very personal, take on the tale, with Boris dying while hugging his two kids, like some sort of Russian Wozzeck. I could not imagine that scene being played by one of the great Borises of our time, Boris Christoff, who would have looked on the idea with the condign disdain of a Tsar and walked out of the opera house.

Still, the scene plays marvelously well in the theater, and is in tune with today’s sensibilities. And it is precisely this that defines the gulf between the Met at the movies and the Met in the opera house.