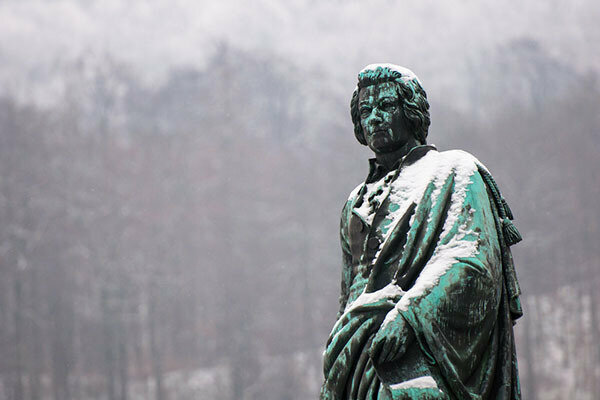 But a study finds men are more likely to be judged as good-looking if heavy metal is used as background music on their homepage.


Do you want to come across as attractive to visitors to your personal homepage? Silly question: Of course you do. So you carefully choose the photos you present and the information you disclose.

But you may be forgetting one additional element that can make the difference between hot and not: Your all-important choice of background music.

Recently published research found a relationship between the type of music used on someone’s personal webpage and whether they are seen as attractive by the opposite sex. Men found women more attractive if classical music was playing in the background, but women found men better-looking if their webpage had a heavy-metal soundtrack.

The study, published in the journal Computers in Human Behavior, was conducted by Qinghua Yang and Cong Li of the University of Miami’s School of Communications. It featured 122 undergraduates (62 percent female).

The researchers created four versions of a personal website, which purportedly belonged to an undergraduate. Aside from the name of the page’s proprietor (either “Stephanie” or “James”) and the profile photo (placed in the upper left corner of the homepage), the sites were identical.

The information revealed that “s/he was passionate about mountain biking, jogging, swimming, reading books, hanging out with friends, and had recently traveled to places including New York, Chicago, London and East Asia,” the researchers write.

After scanning the site for four minutes, participants were asked to rate the person on a series of scales, indicating their attractiveness (or lack thereof) and agreeableness. The latter was measured through responses to statements such as “I see him/her as someone who is helpful and unselfish.”

The websites were randomly matched with two background-music soundtracks. One featured classical music, specifically one of the Songs Without Words by Felix Mendelssohn; the other featured the heavy metal song Lost in the Headlights.

The results: “Male participants perceived the female website owner with classical background music as more attractive,” the researchers write, “while female participants perceived the male website owner with heavy metal background music as more attractive.” The heavy-metal guys and classical gals were also judged as more agreeable than those with the opposite pairing.

Yang and Li argue this suggests the persistence of gender stereotypes, even among young, educated Americans. “Men are expected to be tough and somewhat rebellious,” they write. “Heavy metal music suggested toughness and served as a judgmental cue for the visitors of the website, although the male website owner did not explicitly claim that heavy metal was his preferred music.”

“On the other hand,” they add, “male participants considered the female website owner with classical music to be more attractive, since women are preferred to be the ‘angel in the house.’”

The researchers note these results have practical implications for singles—or anyone else who wishes to appear attractive. Besides attracting a mate, “adopting the ‘right’ music may also help people become socially desirable,” Yang and Li note.

It’s worth remembering that these were college students, looking at (fake) homepages for other college students. A heavy-metal soundtrack might make a middle-aged man come across as juvenile rather than attractive.

But in case the cues discovered here remain potent later into life, singles searching homepages in search of an attractive mate might want to do so with the sound turned off. Who knew that Bach could have the same effect as beer goggles?