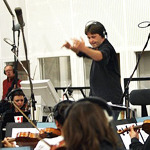 
1. God Save the King is attributed to Henry Carey, a popular composer of the first half of the 18th century, although some have suggested it was the work of Handel, Purcell or even the French composer Lully. The tune is the same as that of Liechtenstein’s.

2. Very few anthems are written by well-known composers. Gounod wrote the Vatican’s, Rabindranath Tagore wrote both India’s and Bangladesh’s, and Haydn wrote the tune for Germany’s.

3. Germany’s anthem, to music from Haydn’s String Quartet in C major, was banned after 1945 because of the notorious phrase “Deutschland über alles”, which in fact refers innocently to national unity taking precedence over local loyalty. It is now once again the anthem of a unified Germany, but only the relatively friendly third stanza is still used.

4. Greece has the longest national anthem in the world. It has 158 stanzas, written by the poet Dionysios Solomos (although the cut-down version is shorter than Uruguay’s, which is more than five minutes long).

5. Colombia, Senegal, Belgium and Ecuador have anthems written by their prime ministers or presidents.

6. Japan’s anthem has the oldest words, written by an anonymous author in the ninth century.

7. Several Middle Eastern anthems are fanfares without words – Qatar’s used to be the shortest, coming in at a merciful 32 seconds, but it has recently been expanded.

8. The Congo national anthem asks: “And if we have to die/ Does it really matter?” The opening line of Ukraine’s anthem is: “Ukraine is not yet dead.”

9. The composer of Costa Rica’s anthem, Manuel Maria Gutierrez, was thrown into prison in 1853 until he came up with a suitable tune.

10. Spain is one of the few countries with a wordless anthem. A competition to write words for it was held in 2007, but they proved so unpopular they were withdrawn.