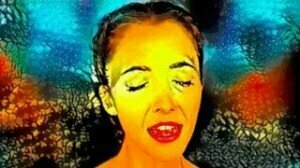 “Ugh,” my dad used to grunt when I switched on Radio 1 . “This music sounds like it was written by a computer”.

It’s a criticism that’s been levelled at synthpop for years. But what if it was true?

Taryn Southern, a YouTube star and content creator, has just released a song she wrote with the help of artificial intelligence. Full story.