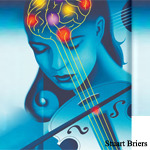 Becoming a musician messes with your brain. But in a good way. The cognitive benefits that a musical training can produce are so diverse and impressive – improved visual, spatial, verbal, mathematical and motor skills, for instance – that you could be forgiven for thinking this is why all children should have one.


But think twice before you make this the reason to enrol little Phoebe for violin lessons. If we start valuing music only for its advantageous cognitive side-effects – as a kind of multivitamin for the brain – and not because it cultivates our humanity, we’ll have forfeited its soul.

Besides, it isn’t going to impress a child slogging through her scales that she might be gaining eight to nine IQ points. Tell them that they may be enhancing their subcortical auditory and audiovisual processing, and you deserve it if they shoot back: “Whatever.” And if you think that being a musician will make anyone a better human being – well, just ask a few musicians if that’s true of their colleagues.

The real reason to get excited about how musicianship changes the brain is that it offers some clues about how great musicians perform their extraordinary feats of dexterity, imagination and emotional sensitivity. We get a glimpse of what’s going on inside their heads. Some of that will be revealed in a series of talks and workshops on music and the brain during the Aldeburgh Festival this month.

It’s no surprise that music training alters your brain: any kind of learning does that, just as physical exercise changes the body. The interesting question is what these changes are. It is, for example, surely a metaphor for the nature of music itself that musicians seem to have a thicker corpus callosum, the part of the brain that mediates contact between the left and right hemispheres. Although the popular notion that the left brain deals with logic and the right with emotion and intuition is simplistic, there’s some broad truth in it. But music needs both Logos and Eros, and so the brain responds by integrating the two.

Both in performing and listening to music, the brain delegates different jobs to different regions. We must pick out the pitches of a melody and stitch them together into a coherent stream. We must separate the timbres of different instruments – distinguishing the singer’s voice from the accompanying piano, say. We identify rhythm and harmonies, and longer-scale structures such as phrasing and themes. All these things feed our emotional response. And performers need fine-tuned muscle movements and coordination between hands, eyes and ears. In ensembles, players need to be almost subliminally sensitive to what the others are doing.

The musician’s brain uses specialised modules to accomplish this multitasking. One of the big unresolved questions is whether any of these modules deals only with music, or whether they all have more general cognitive roles. For example, the motor skills at the pianist’s fingertips may be no different to those of the touch-typist. Pitch perception is important to make sense of speech, not least for discerning emotive intonation. And there is good evidence that the mental machinery that identifies an unexpected “wrong” chord in a typical sequence (a favourite trick of Prokofiev) is the same as that which spots syntactic oddities and mistakes in language. The cognitive scientist Steven Pinker has suggested that all mental processing of music may just take advantage of abilities acquired by the brain for other reasons: that music is an evolutionary free-rider.

This was widely but wrongly interpreted as implying that music is a disposable extravagance – an impression hardened by Pinker’s apparent dismissal of music as “auditory cheesecake”. Many scientists studying the origins of music would rather believe that it was adaptive, somehow helping our ancestors to survive, and therefore became genetically hardwired into our brains. Yet until someone discovers a music-specific brain module, there’s no compelling reason to think so.

These arguments somewhat miss the point that music appears in any event to be an innate feature of the human brain because of our instinct to make sense of our environment by searching for patterns. An ability to form a coherent mental picture of our surroundings by grouping and organising stimuli certainly does have a survival value, and this may be why music connects directly to the emotions: emotional rewards encourage us to look for regularities in the first place. Neuroscientists have used the brain-imaging technique of PET scanning to show that experiencing “intensely pleasant emotional responses” to music activates a part of the brain that is also involved in euphoric feelings associated with sex, drugs and food.

All this goes on in the brains of performer and listener alike. But what’s special about the musician’s brain? One remarkable recent discovery is that musicians literally have a “map of musical space” imprinted on their brains. Many people liken music listening to being taken on a journey, but for musicians that trip has a particular cartography. They recognise that certain chords are closely related to others, for example a major key and its so-called relative minor, an association exploited in the Beatles’ All My Loving.

Music theorists have proposed maps of this “harmonic space”. in which related keys lie relatively close together. In 2002, US-based neuroscientist Petr Janata used MRI scanning to show that different areas of the prefrontal cortex of a musician’s brain light up when they hear different chords, in basically the same spatial arrangement as the theoretical maps. This part of the brain adjoins areas that deal with purely cognitive processing (such as pitch recognition), emotions and memory, suggesting that the harmonic map is used to integrate all these functions.

One of the most fetishised of “special” musical capabilities is absolute pitch (AP): the ability to identify, just by hearing a note, whether it is an A flat, a D natural, or whatever. In westerners this ability is rare: only around 1 in 10,000 people possesses it. Partly for that reason, and partly because AP is disproportionately common among musicians, it has been deemed a sign of musical giftedness. But it is nothing of the sort. The prevalence of AP among musicians is a consequence, not a cause: the ability can be acquired if musical training begins before the age of six or seven – very young musicians simply learn it. There is no evidence that those with AP are any better at performance or composition than those without.

It’s still not known if AP is inherited (that is, genetic) or acquired. But it probably has more to do with language than music, being much more common among people whose first language is tonal, such as Chinese. In one study, half of the new students at a top music school in Beijing were found to have AP, compared to just one in ten for a comparable American school. And musicians with AP have an enlarged region of the brain associated with speech processing.

Musicians do, however, seem better at handling pitch – hearing the relationships between the notes. They have denser “grey matter” in a part of the brain called the superior temporal gyrus, involved in pitch processing. The grey matter is also boosted, literally, in brain regions involved in motor skills and visual perception. Some of these differences between musicians and non-musicians could conceivably be innate, but much if not all comes from practice: the differences are greater for professional than for amateur musicians.

Learning to play a fingered instrument such as the piano organises the motor cortex, forging links between particular groups of brain cells and fingers. At Aldeburgh euro-scientist Eckart Altenmüller and pianist Pierre-Laurent Aimard will explore how the brain adapts to the extraordinary demands of coordination between the left and the right hand. The left hemisphere of the brain controls the right half of the body and vice versa, and in right-handed people the motor region of the left brain is more dominant and literally bigger. But two-handed training introduces more balance: the control centres of the left hand are anatomically enlarged.

Neuroimaging has shown that practising an instrument purely in one’s head really works: the motor cortex signals associated with each finger get stronger without the pianist actually moving them, and eventually the finger movements trigger audible tones inside the head. Vladimir Horowitz is said to have practised this way to avoid “contaminating” his finger movements with the different action of pianos other than his own Steinway, while bon-vivant virtuoso Arthur Rubinstein did it just to avoid having to sit for long hours at a piano.

But too much practice can rearrange the motor cortex in faulty ways, blurring the neural representations of the fingers. This disrupts muscle control, causing pain and making the affected fingers curl and seize up. It is called focal dystonia or “musician’s cramp”, and it affects about one in every 100 musicians. It can ruin careers: Robert Schumann suffered from it at the age of just 21, and had to abandon his plan to be a concert pianist. He apparently composed his fiendishly difficult Toccata Op. 7 so that it could be played with barely any use of the afflicted middle finger of his right hand.

One of the most famous modern victims, the American pianist Leon Fleisher, lost the use of his right hand to this condition in 1963. For years he was forced to rely on the small left-handed repertoire, particularly the pieces written for the pianist Paul Wittgenstein by Hindemith, Prokofiev, Ravel and others after he lost his right arm in the first world war. Fleisher regained the use of his right hand in the mid-1990s after courses of Botox injections and deep massage, and he will speak about the experience at Aldeburgh, where the acclaimed documentary of his journey Two Hands, made in 2006 by Nathaniel Kahn, will also be screened.

Studies of the developmental changes to musicians’ brains are eroding the myth of inborn genius. In one study, young student violinists rated most highly by their professors were found to put in roughly twice as much practice (10,000 hours) as their mediocre peers – this amounts to two hours of practice every day for 14 years. And if that doesn’t mean anyone can become a Paganini, it does suggest that most people could be good enough to play at Aldeburgh if they set their heart on it.