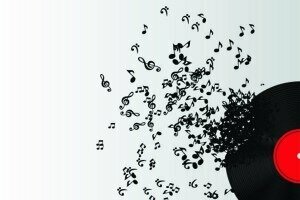 New research suggests music training as a youngster can lead to faster processing of sounds in senior citizens.

There is plenty of evidence suggesting music lessons benefit the brain. But it remains unclear how much training is necessary to have an impact, and how long the positive effects last.

New research suggests the answers are: Not all that much, and a long time indeed.

In a just-published study, senior citizens who took four to 14 years of music training early in life performed better than non-musicians on a specific brain function that is vital for interpersonal communication: recognizing fast-changing sounds.

“Early music training sets the stage for subsequent interactions with sound,” writes a research team led by Nina Kraus of Northwestern University. She and her colleagues report in the Journal of Neuroscience that studying music seems to sharpen the neural processing of word fragments—a welcome effect that lasts “well into older age.”

Kraus and her colleagues examined “neural encoding of fast-changing sounds,” focusing on how quickly the brain can process the transition from a consonant to a vowel. They note that a decline in that ability “causes older adults to experience difficulty understanding speech,” particularly in noisy rooms.

Their experiment featured 44 people between the age of 55 and 76, who were evenly matched in terms of IQ, education, and exercise habits. Fifteen of them had no music training; 13 studied music for one to three years; and 13 took lessons for four to 14 years. None of them continued their lessons into adulthood.

Using scalp electrodes, researchers measured the rate at which their brains responded to a specific speech sound—the syllable “da”—both in a quiet atmosphere and with background noise.

They found those with “moderate” levels of musical training (four to 14 years) “had the fastest neural timing,” both in the quiet and noisy conditions. They were able to more efficiently process the transition from the consonant “duh” to the vowel “ahh,” which is an essential part of grasping the meaning of the word.

“While this neural enhancement has been observed in older adults with lifelong music training … here we observe this benefit in adults with past music experience—40 years after training stopped,” the researchers write.

How could music lessons impact brain sharpness decades later? “Music instruction may set the stage for future interactions with sound,” Kraus and her colleagues speculate. “Past experiences mapping sound to meaning—as through music training—may prime the auditory system to interact more dynamically with sound.”

The researchers hope these findings will invigorate “current efforts to reintegrate arts education into schools.” At the very least, their results suggest music training, far from being a frill, helps shape the brain in positive and long-lasting ways.

So remember all that complaining you did when your parents made you take piano lessons? Time to call and thank them. And if they took lessons themselves, you won’t even have to speak all that slowly. Chances are they’ll understand you just fine.