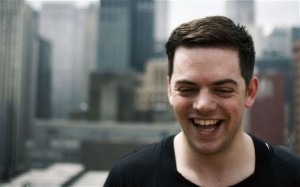 He’s super-bright, full of opinions and the hottest young composer around. Ivan Hewett meets Nico Muhly, creator of a new opera for ENO

It’s a warm May morning when I arrive at Balthazar, quite possibly the most chichi breakfast venue in New York. It’s supposed to have a French ambience, but the waiter’s smocks are too starched, the wooden cubicles too polished, and the portions too enormous.

I’m there to meet Nico Muhly, the composer the whole world is talking about (well, everyone in New York and London). The buzz around him is now even louder, thanks to the imminent premiere at English National Opera of his opera Two Boys. This is based on the true story of a teenage boy in Manchester who impersonated women on the internet in order to seduce another boy – though the opera is actually focused more on the attempts of a police detective (played by Sue Bickley) to unravel the layers of deception.

I find Muhly already ensconced, head buried in emails or possibly 14th-century recipes (one of his enthusiasms, as I discover), but he bounces up as soon as sees me. “Hi, sit down. What are you having for breakfast? Have one of these, they’re divine,” he says, pointing to a fruity concoction of Neronian extravagance.

Muhly, still only 29, is trying to set up a trip to London, where he’ll be living for several weeks during the run-up to the opera’s premiere, and things aren’t going too well. “I love England, but the extreme ‘out of office’ culture drives me crazy. It’s like, ‘It’s a bank holiday today, so byeee!’ ” he says, waving satirically.

This reminds him of that other British horror, the “replacement bus service”. “Oh my God. That trip last year from Aldeburgh to London on the bus, I thought I was going to die.” The manner is flamboyant, but the downward glance points to a shyness. As he says this, he’s still typing at top speed. “Right, so what do you want to know?”

I mention that I was partly raised in Pakistan, and he says, “Oh, amazing, how do you write your name in Urdu?” When I say I haven’t a clue, he looks at me in disbelief and grabs a piece of paper. “OK, let’s work it out,” and gives me a quick run-down on the difference between formal and cursive Arabic script.

Keeping Muhly’s incredibly quick, well-stocked brain on track is a struggle. But eventually the rest of the story emerges: how he became a choirboy in Providence, Rhode Island, where he became steeped in Anglicanism, how he studied music and literature in New York, then got an internship at Philip Glass’s music company through a chance acquaintance.

Soon, he became known as a composer of fascinating, brightly coloured music, which shares in the urgent, post-minimalist energy of the New York scene, yet stands outside it – for reasons that have much to do with that Anglican musical training.

Muhly’s music is soaked in English references — including the new opera, as I discover a few hours later when we’re in the tiny apartment on the edge of Chinatown that Muhly shares with his partner.

As I peer at the vocal score, Muhly explains how an entire setting of the evensong service is woven through it, while simultaneously taking a call in Icelandic (Muhly spends several months a year there), and hunting on his Mac for another influence: a rare recording of Britten and Canadian ethnomusicologist Colin McPhee playing his own arrangement of Balinese gamelan music.

But the conversation soon leaps away, and the opinions come thick and fast. Pierre Boulez: “His opinions are so dumb. But the music! I just love it! All that gorgeous post-Debussy faggotry!” Melisande in Debussy’s opera Pelleas and Melisande: “The most unbearable character in opera. I mean can you stand her?” Wagner’s Siegfried: “I just hate the way Siegfried treats his poor dad. I can’t bear abuse on stage.”

Feeling slightly giddy, I ask whether an opera about relationships conducted over the internet (as this is) requires a kind of “digital” musical idiom. “Oh my God, no. It’s totally analogue, in the sense I want real operatic voices and a proper opera orchestra.”

However, there is one aspect of the opera’s sound world that evokes the internet age, and it’s typical of Muhly that he uses an ancient word to describe it. “It’s basically a kind of psalmody, which the choir intones in a rhythmically uncoordinated way. It’s like a swarm of internet denizens all chattering at once.”

Like many super-bright people, Muhly doesn’t even pretend to be respectful of widely held opinion, if he finds it stupid. When I suggest that internet relationships are naturally given to fantasy, he bursts out, “Oh God, I can’t bear it when older people pontificate about the way younger people relate. I have real, deep relationships over the internet with people I’ve never met. People say you can pretend to be someone else on the internet, but isn’t that what people do all the time? And doesn’t wearing a mask actually free people up to say what they really feel? Look at Mozart operas, where it happens all the time. We hide one truth to reveal another.”

Later, he takes me out for dinner with his partner, where he’s anxious I don’t miss out on any pleasure (“Here, try this mushroom”) and grabs the bill before anyone can argue. Then it’s on to a gay bar, where I sit feeling dowdy and very straight indeed while Muhly’s chums – polyglot musicians of all sexes and nations – swap anecdotes about this German orchestra or that French festival. Sarah Palin’s America might as well be another planet.

I reckon that there’s no chance here of talking about the connection – if any – between Muhly’s love of Anglican music and faith itself. But out of the blue he raises the topic himself.

“I’m always, like, freaked by people who say, ‘I don’t do spiritual, but I am spiritual’,” he says. “Because for me, spirituality is all about the doing. I love all the different prayers for the church year, the standing and the kneeling and the bells and all that. For me the best thing is when I write an anthem for a specific day in the church year, and someone says afterwards that it seemed right to them. That’s more meaningful for me than trying to work out my own relationship to this mysterious God.”