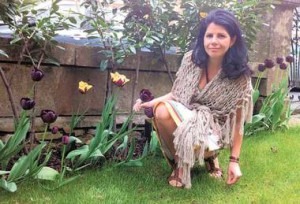 Making music using African percussion instruments has been proven to help people recover from depression by enabling them to express repressed emotions and communicate painful experiences.

Music therapy should be offered alongside conventional treatments, especially to people who struggle to talk about their thoughts and feelings, according to research published in today’s British Journal of Psychiatry.

Playing instruments such as drums, the marimba and vibraphone, can help people – irrespective of their musical abilities – to open up and understand the causes of their illness, when talking to a therapist is too painful.

The landmark study has been welcomed as the first clear evidence that people with mental health problems should have music therapy on the NHS.

Music therapists work with people who are unable to communicate “normally” because of a disease or condition. They use instruments and sometimes singing to help children and adults communicate creatively without the need for words.

Making music with a trusted therapist can also be enjoyable when patients are unable to find pleasure in much else.

There are more than 600 music therapists in the UK but because of lack of high-quality research it has lagged behind art therapy, which is well established in many units dealing with mental health problems and dementia.

Depression, the most common mental health problem, affects one in six people at some point in their lives. GPs last year handed out 43 million prescriptions in England, although counselling rather than medication is recommended as the first-line treatment.

The condition can blunt emotions and thinking to such an extent that patients cannot comprehend or communicate what they are experiencing, making talking therapy impossible for some.

“Music therapy allows people to discover for themselves what is going on underneath, as well as allowing them to express repressed emotions or memories. If verbal communication has shut down, as with autism or stroke, it has a huge impact on a person’s confidence, which in turn affects every aspect of their life,” said Ms Harrison.

“Music therapy can provide the key to unlock a person’s potential within whatever constraints they have. This research is a huge step forward which shows it should be considered as a first-line treatment.”

The study of 79 patients with depression was carried out by the University of Jyvaskyla in Finland.

Case study: ‘I regained my speech by singing’

Daniella Gonzalez, 38, from Bath, suffered a stroke aged 34 as a result of an undiagnosed blood condition. Like many stroke victims, she was left unable to speak, but discovered she could still sing. Music and creativity is controlled by the left side of the brain and speech and numbers by the right side.

“I was unable to utter a single word and fell into the hole of depression, but then realised that I could sing. I remembered songs from when I was a child, like “Somewhere Over The Rainbow”. The music made me relax, gave me enjoyment and also helped my confidence because it was something I could still do.

“It was the only way I could communicate for six months. Music therapy definitely helped me recover from depression, but also I regained my speech by singing simple songs like ‘Happy Birthday’ and then practising each letter and word.”