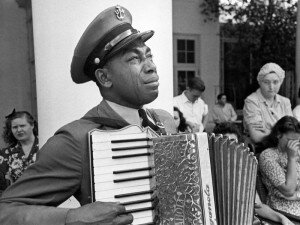 Sometimes it takes an outsider to point out what’s great about a culture. That’s exactly what Czech composer Antonin Dvorak was when he came to the U.S. at the end of the 19th century, an immigrant thrown into a new world and new sounds.

Out of that experience, he wrote a symphony for America: Dvorak’s Symphony No. 9, subtitled “From the New World,” has become one of the world’s most beloved orchestral works. It also produced a melody that is a hymn and an anthem to what American music can be. Full story.