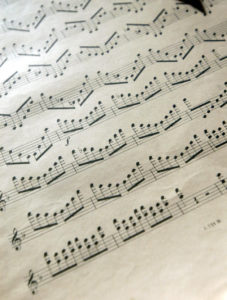 Is science creative or is it rigid, black and white? The answer to that question varies based on the individual’s exposure to science.

One of the greatest minds in mathematics, Henri Poincare, said “It is with logic that we prove, but with intuition that we discover,” highlighting the inherent element of imagination and creativity necessary for discovery, thus alluding to the fact that science is, in fact, an art form. However, science has long been separated from art through the prevalent notion that it is very black and white. Of course just like a language, science is rules based, but just like a language is used to express, in the same way science is used to express, however, instead of writing essays or novels, in science our expression of rules yields tangible objects like the computer, the airplane, an iPhone and a plethora of inventions that have made our world what it is today. A testament to the fact that science is an art form can be seen in music. It has long been thought that music and science are related. This is apparent if one studies the music of Bach or Beethoven, where a mathematical and symmetrical nature of the music is evident. It is often a fleeing notion in our society that many of the exceptionally talented people excel both in the sciences and music. So what is this connection between science and music? Full story.