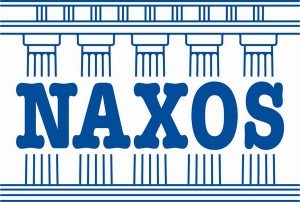 With digital compilations like ‘Bleeding Chunks of Wagner’ and ‘Music for the Zombie Apocalypse,’ Naxos is aiming to connect with listeners beyond the classical crowd.

Attention, classical music marketers: Cursive script is boring. Raw meat and green shag carpet are the future. According to classical music label Naxos, that is. A recent digital-only album of Wagner’s best bits dispensed with the label’s usual livery of white background and blocky typeface and small, out-of-copyright images in favor of the rather more outré image of steak tartar and shag.

The title of the downloadable album is “Bleeding Chunks of Wagner,” a reference to an oft-quoted passage written in 1935 by English classical music critic Donald Tovey: “Defects of form are not a justifiable ground for criticism from listeners who profess to enjoy the bleeding chunks of butcher’s meat chopped from Wagner’s operas.”

The phrase is used these days as a shorthand for excerpts of music played out of context, thus, an ideal title for Naxos’ newest digital compilation adventure.

A few weeks ago, Naxos’ vision of the future of classical music expanded to include the undead. “Music for the Zombie Apocalypse” is made up of 20 tracks as varied as the Introit from Fauré’s “Requiem,” the Prologue to “Musique Funèbre” by Lutoslawski and “Discomfort Them, O Lord” by Tudor composer Thomas Tallis. The lineup seems chosen to make the last moments before zombies relieve you of your brains as haunting and ethereal as possible.

“I could come out with something pretentious about using this to bring classical music to more people, but that’s not really the goal here,” he said. “[We’re making] products that are fun and that people are interested in. Most people like classical music to some degree. The struggle is often finding an entry point, a product that will give people something they can relate to.”

Both Doe and Collin J. Rae, Naxos senior digital marketing manager, are horror film and zombie fans. Said Rae, “[The idea] came out of a brief conversation with some friends coupled with my longtime love affair with zombie films of the past and present. [It] was a no-brainer, for I already had the sound laid out in my head. I just had to match the pieces of music to that.”

The Wagner download, which contains excerpts you would expect to see on a traditional compilation, is an attention-getter — would we be talking about it otherwise? — but the “Zombie Apocalypse” release is more sophisticated. Instead of marketing it to the usual classical music audience, Naxos is focusing its attention on zombie blogs and fans of Devon Gilbert, the young artist who did the virtual cover. Naxos is aiming to meet people where they are, on their own terms instead of expecting listeners to come to them.

Compilations tend to come about because they are cost-effective, digital recordings even more so: When a record label already owns the songs, the cost of doing a digital-only release is negligible. When it doesn’t really matter if the release sells five copies or 10,000, the barriers to success are so low that it’s nearly impossible to fail.

Why, then, do most labels produce predictable, safe compilations?

Doe has an answer: “I think it’s a result of averaging in demographic research. If you mix all the colors together, you get dull, muddy brown. Most market researchers would say that I wouldn’t like [classical music]. But I do.”

The “Zombie Apocalypse” album peaked at No. 15 on the iTunes classical chart, selling for $7.99, and the Wagner virtual disc, at $5.99, went as high as No. 14. Both are now floating somewhere between 60 and 200. Considering how few copies of classical albums are downloaded each week, the movement isn’t as volatile as it sounds.

Adding to the shelf lift: Digital compilations are rarely deleted from the catalog (part of the reason Spotify, Ariama and other online retailers seem to be flooded with the things), so they can be sold for an indefinite period without the warehousing and distribution costs attendant to physical discs. Chart position doesn’t affect how an album appears in search results.

While chart results are open to interpretation, there is another indicator of success. Naxos plans to release a physical double disc of “Music for the Zombie Apocalypse” next fall.

The label usually releases two or three digital compilations a month, with one or two that it earmarks as a special product. Rae promised a “dark” Christmas album and another devoted to music that inspired violence at its premiere.

The possibilities are only limited by imagination.

“A digital music store is a [mail slot] through which you peer at … thousands of classical albums,” Doe said. “It does seem that the more adventurous the concept we come up with, the more traction it gains.

“Relaxing classical guitar has been done hundreds of times. There’s no point releasing that.”