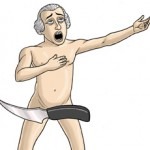 It’s not the pyrotechnic pieces that are the most difficult, Cecilia Bartoli says. “The beautiful sad arias are the hardest to sing, because I am moved almost to tears. I know they were singing those arias out of their own sorrow.” Bartoli is talking about her new recording, Sacrificium, which concerns the most exquisitely unsettling episode in the history of music: the castrati and the music written for them.


From the 16th to the 19th centuries, tens of thousands of male children were castrated before puberty to preserve their high voices, then subjected to a brutal and relentless program of vocal training. The first instruction, wrote an observer, “was inseparable from the whip.” As in all eras of musical education, the result was a few idolized stars like the celebrated Farinelli; a steady supply of well-trained singers for church, court, and opera; and myriad also-rans and nobodies. In this case, particularly tragic nobodies.

These nobodies sang for pennies in the streets, turned to prostitution for male customers, and sooner or later disappeared into the oblivion of the outcast. A great many ended up suicides. As for the public, mingled with their admiration for the famous castrati was disgust and scorn. Names for them included “geldings, eunuchs, capons … nature’s rejects, nullities of known creation.” To have gone under the knife, never by your own choice, meant only one career path. By law and by custom you were forbidden to take Church orders or serve in government or military. Needless to say, you never had a family. As a castrato you were a singer, or you were nothing.

That’s why the sad songs are so hard for Bartoli. It’s a sorrow she can’t fully feel, but she senses it in the plangent melodies, the singular and inextricable mingling, she says, “of beauty and cruelty.” Here’s one of those mournful arias:

The tradition rose from an unholy trinity of religion, money, and art. The church forbade women to sing in services. There was a standing ban, enforced primarily in the Papal States, on teaching women to sing professionally at all. Church choirs were staffed by boys, castrati, and adult tenors and basses. Meanwhile, in secular life, the greatest castrati, their virtuosity almost superhuman and their voices uniquely beautiful, were superstars of the opera stage and concert hall. As both singers and sexual toys, they were favorites of royalty and clergy, enjoying oceans of applause and cries of “Evviva il coltellino!” (“Long live the little knife!”). The presence of castrati in church music helped attract fans to services. On the opera stage, they played virile heroes and fiery heroines, competing for fame with the female divas of the day. Here’s Bartoli in the pyrotechnic mode.

If you’re into decadence, transgression, “the other”—all those postmodern shibboleths—this is your kind of music history. A fan wrote, after watching a beautiful teenage castrato gotten up in a female role: “He was enclosed in a carefully-made corset and looked like a nymph … his breast was as beautiful as any woman’s … one felt quite madly amorous of him.” In his Mémoires, Casanova reported an intricate orgy that could have come from Sade: “There were seven or eight girls, all of them pretty, three or four castratos … and five or six abbés. … A castrato and a girl … proposed to strip … lie on their backs … with their faces covered. They challenged us all to guess which was which.”

The driving force, naturally, was money. The best singers were recruited by churches, courts, and opera houses all over Europe. It was not just the riches and fame heaped on the most famous. If you were part of a poor family—mainly in Italy but here and there around Europe—and you had a son with a glimmer of musical talent, it was off to the chop shop. As a young chorister, Joseph Haydn narrowly escaped it. Barbers in Naples hung a sign: “Boys castrated cheap here.” In Naples alone in the 18th century, some 4,000 a year were victims. A historian of the time wrote, “Most castratos come from the Neapolitan factory, where poverty and the unfortunate lure of profit makes people cruel enough to mutilate children in this way.” We will not dwell on the horror of a young child brought unsuspecting to a nameless place, screaming as he is held down for the operation, the wound cauterized with hot iron.

Cecilia Bartoli notes the appalling hypocrisy in all of this: On pain of death, the church forbade boys to be castrated, even as thousands of the uncountable numbers subjected to the operation were employed by the church. There was a standing fiction that they were all victims of an unfortunate accident in their youth. The last well-known castrato, Alessandro Moreschi, nicknamed “the angel of Rome,” sang in the Sistine Chapel and died in 1922. He made recordings in the early years of the century, when he was past his prime. Here’s a sample, showing at least an echo of the singular and disquieting vocal quality that was celebrated for 300 years.

Cruelty, grotesquerie, and beauty: There’s another unholy trinity. The vocal and physical beauty of the younger singers matched their incomparable virtuosity. Their voices were unlike either that of a boy or that of a woman, in some ways richer than either. Since they started in childhood, they had years more time to polish their craft, compared with normal singers, who usually do not develop fully until their 20s. Most composers of the 17th and 18th centuries wrote for them. Cecilia Bartoli’s Sacrificium includes music of Nicola Porpora, a composer and teacher who ran a “school for castratos” that produced legendary singers of the 18th century including Farinelli, who rose to fame singing in the operas Porpora wrote for him. Finally, Farinelli was brought to the Spanish Court to cheer up the depressed King Philip V. Legend says that for 10 years he sang every night exclusively for the king, always from midnight to 4 a.m., always the same four arias, and it lifted the king out of his despair.

Handel’s best-known opera, Giulio Cesare, was originally written for the castrato Senesino in the title role. Mozart wrote several major castrato roles in his operas and jokingly, in iambic tetrameter, called his friend Vincenzo dal Prato “mio molto amato castrato dal Prato.” Which is all to say that then, as now, so much of entertainment in the broad sense comes down to fashion, which sometimes produces monsters. Bartoli says that superstars like Farinelli were the Michael Jacksons of their time, at once sexually ambiguous and alluring, their private life adorned with the cachet of decadence and strangeness that attaches, then as now, to superstardom and to extravagant body modification.

And, just as with rock stars today, there were rumors of extraordinary sexual powers. Castrati still had penises and, it seems, could be capable. And after all, a women never got pregnant from such a lover. Many worked as transvestite prostitutes, about which Casanova had some amusing stories. But their prowess was a myth, and without the requisite hormones, sex was a dicey matter. Meanwhile, the years of superstardom were limited, because castrati tended to age badly: “Most of them become as big and fat as capons, with round and chubby hips, rumps, arms and throats.” Even successful singers were shunned by many, their status as ambiguous as their bodies.

Cecilia Bartoli is very much the artist to pursue this repertoire. She’s a cult diva herself, with four Grammys and some 8 million CDs sold, mostly of relatively unknown music. The 17th and 18th centuries are her period of specialty: She can handle the pyrotechnics, and she herself has a unique sound, a dark-toned soprano. It adds up to a dazzling recording, the music ranging from intensely moving to spine-tingling. Here’s another sample of the latter.

Most of this music passed from history with the passing of the little knife. The Romantic period, when church rules relaxed and female divas took over the stage, turned away from castrati as a bizarre relic of the past, but the Papal States hung on. At least one writer of the 19th century regretted their passing: “Although it is a triumph for morals that humanity is no longer subject to this shameless castration, for art it is a misfortune to be deprived of the magnificent voices.” So ended a tradition sanctioned by church and public, incomparably glorious and incomparably sick.