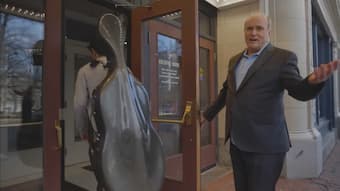 The New Brunswick Youth Orchestra has a message for automobile manufacturer Infiniti.

If they needed musicians who knew how to play, “they should have called us.”

It’s a message straight from orchestra president Ken MacLeod during a 60-second video his organization released on Wednesday in response to a commercial by Infiniti, which he says perpetuates a “tired old stereotype” about young musicians. Full story.