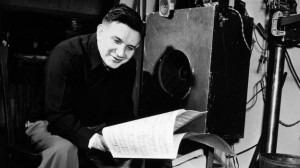 From John Cage to Korn, musicians have long composed pieces with no sound. Is it a high-brow joke, an exercise in mindfulness – or a severe case of the ‘emperor’s new clothes’?

In March 1941, a New York audience gathered outside a Broadway theatre to experience one of the more unusual concerts the city had ever seen. The 13-piece orchestra was led by Raymond Scott (whose tunes would feature heavily in Warner Bros’ cartoons), and made a great show of playing their instruments. But the only sounds to emerge were the quiet swish-swishing of the trap drummer and the gentle slapping of the double bass. Full story.