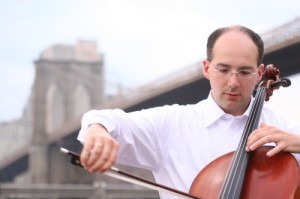 A virus caused a German cellist’s severe amnesia, but his recall of music remains astonishingly intact.

A PROFESSIONAL cellist who lost nearly all of his memory after a virus destroyed parts of his brain has astonished doctors with his remarkable recall of music.

The 71-year-old, known only as PM, had played with a major German orchestra before contracting an infection in 2005 that devastated his brain’s memory centres.

The illness left him with such profound amnesia he could remember almost nothing of his past. The only people he recognised were his brother and a care worker.

”He can hardly remember a thing. He has no memory of any personal or professional events,” Carsten Finke, a neurologist at Charite University hospital in Berlin, said. ”He is living in the moment, more or less. He has lost his whole life.”

Doctors made their discovery when they tested PM’s ability to recall musical information and found he could identify the scales, rhythms and intervals of pieces they played him.

But it was later tests that surprised doctors the most, when the cellist showed he could learn new pieces of music, even though he failed to remember simple information, such as the layout of his flat and what medicines he should take.

PM was struck down by herpesviral encephalitis, which leaves many patients with brain damage even if they receive urgent treatment. The rare infection occurs when the virus – which is responsible for cold sores – travels along nerves that lead to the brain. The condition affects around one in half a million people each year.

In PM’s case, the virus wiped out large parts of the brain’s medial temporal lobes, which are important for remembering events and facts.

Dr Finke decided to investigate PM’s memory for music three years ago after a standard test revealed the musician had very severe amnesia.

Working with professional musicians, the doctors created a series of tests to investigate PM’s memory in more detail. In one, well-known pieces of music composed before his illness, such as Vivaldi’s Four Seasons, were paired with similar sounding pieces composed after 2005. When asked which he knew better, PM named the older scores 93 per cent of the time.

In a later test, the cellist recognised 77 per cent of pieces he had been played earlier in the day, suggesting he had some capacity to learn new music. The case could help doctors understand how different kinds of memories are stored in the brain.

Dr Finke cites another patient who, in 1996, lost all comprehension for music after having surgery that damaged his superior temporal gyrus.

”Musical memory seems to be stored independently, at least partially, of other types of memory,” the neurologist said.

”You could argue the superior temporal gyrus, which is intact on the right-hand side in our patient, could be the relevant structure that he uses to remember music.”

Doctors hope that PM’s ability to learn music can be used to improve his rehabilitation. One idea is to use musical notes to signify people and various tasks.

”It might be a gateway to reach this patient and allow him to learn new things,” Dr Finke said.

Professor Alan Baddeley, who studies human memory at the University of York, said the case was similar to that of Clive Wearing, a British conductor and musician who became deeply amnesiac after having herpes encephalitis in 1985. Wearing can still play and conduct a choir despite having no recollection of his musical training, or much of his life before 1985.