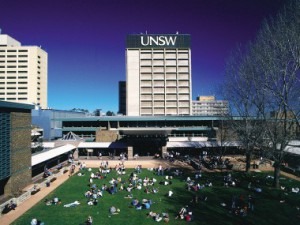 BRUSH up on your maths, physics, chemistry and Mozart to kick start your career in electrical engineering.

Mozart? The University of NSW is offering students a new five-year combined bachelor and masters degree which includes non-engineering subjects. To attract a wider range of students, the combined degree includes a minor in subjects such as music, art or psychology.

Mitchell Wenke, a second-year student studying both a bachelor of engineering and commerce, is considering transferring to the new degree, which will be offered from next year. He said he was conscious that his discipline was male dominated with a geeky stereotype. ”Electrical engineering is a hard degree, most people are quite nerdy. I don’t deny it, I like my maths,” he said.

Out of about 150 in his course, he said only about 20 were female, and the new program would attract a wider range of students, with a broader variety of interests. ”I personally know a number of electrical engineers that are also in all the musical societies and what not. They could have done electrical engineering and study just a bit of music on the side just for interest. There’s definitely a niche market for that kind of stuff.”

The combined degree was the brainchild of the head of the school of electrical engineering and telecommunications, Professor Eliathamby Ambikairajah, and draws on industry advice about the kind of graduate companies are looking to hire. He said the new degree would give graduates better employment opportunities.

One of those advisers is Glenn Wightwick, a director at IBM Australia. He said engineering was a creative field and welcomed graduates who had a broader focus. ”It is quite common … to find people who have very strong creative capabilities that they might express through music and … that often translates into very strong technical depth in things like software engineering.”