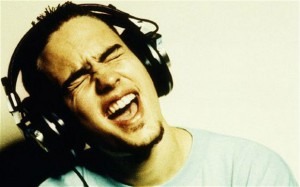 Anhedonia: new research into responses to music could help our understanding of food disorders and addiction
Photo: Handout

We’ve all been either the perpetrator or victim of music snobbery, but new research has shown that it’s not all about taste – in fact, some people are biologically incapable of registering any emotional response to music.

A global research team, headed up by scientists at the University of Barcelona, has found that between 1 and 5 percent of people experience “specific musical anhedonia”.

Thousands of university students in Spain completed a questionnaire, indicating how strongly they agreed or disagreed with various statements, such as “when I share music with someone I feel a special connection with that person” and “I can’t help humming or singing along to music that I like”.

Thirty participants identified as having low, medium or high sensitivity to music were then selected to listen to a range of music chosen by their peers – from Vivaldi to Simon and Garfunkel – while researchers recorded their reactions using physiological indicators of emotion: heart rate and sweating. Music-lovers showed an increase in both heart rate and skin conductance, the “anhedonic group” had no such response.

Josep Marco-Pollarés, author of the study, told the Telegraph: “It would not be surprising to find people who respond to one genre and not to another – we all have the experience of people who love opera and hate hip hop – but the study reveals that there are people that do not respond to any music.”

“All the participants in the three groups had the same sensitivity to reward for other kinds of stimuli – food, sex, money – and none of them suffered from amusia [a disorder affecting musical perception and recognition].”

Aside from giving the musically disengaged a scientific comeback when trying to explain their lack of interest, Marco-Pollarés believes the research could have further implications: “The important point here is that a whole domain, such as music, might have a different impact on the reward network than other domains, and this is a concept that might help us in understanding some disorders involving the reward system, such as addiction and food disorders.”

Marco-Pollarés explained that the research group is extending its study to include MRI scanning in order to determine the differences in brain function between different groups when listening to pleasant music: “We think that there might be differences in the way reward system connects with other brain areas associated with music processing, such as primary auditory cortex or associative areas in the frontal cortex.”