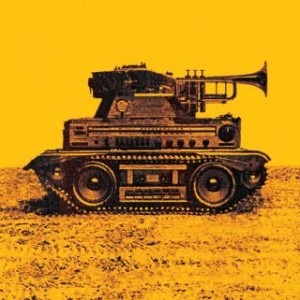 Music has the power to cloud reason, stir rage, cause pain, even kill.
Illustration by Erik Carter

From trumpets at the walls of Jericho to pop songs as torture in the Iraq War, sound can make a powerful weapon.

In December, 1989, the Panamanian dictator Manuel Noriega was expelled from power by American forces. To escape capture, he took refuge in the Papal Nunciatura in Panama City. When an American general arrived to confer with the papal nuncio, the U.S. Army blared music from loudspeakers to prevent journalists from eavesdropping. Members of a psychological-operations unit then decided that non-stop music might aggravate Noriega into surrendering. They made requests for songs on the local armed-forces radio station, and directed the din at Noriega’s window. The dictator was thought to prefer opera, and so hard rock dominated the playlist. The songs conveyed threatening, sometimes mocking messages: Alice Cooper’s “No More Mr. Nice Guy,” AC/DC’s “You Shook Me All Night Long.” Full story.