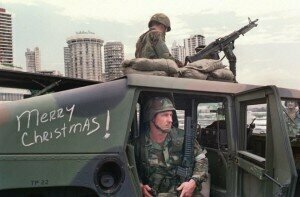 Everyone has at least one song that sets their teeth on edge. Most of the time, they’re easy to avoid.

But what if you’d lost the power to change the TV channel, switch off the radio, or simply walk away?

What if someone played it non-stop for an hour. A day. A week. Even longer?

This is “music torture” – and while some of its practitioners say it shouldn’t count as torture, there’s little doubt it works. Full story.