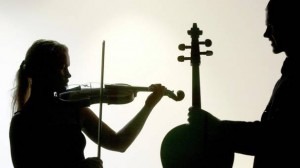 Music therapy can significantly reduce depression in children, it has been claimed.

The social skills and self esteem of young people suffering emotional, behavioural and developmental problems was dramatically improved when their medical treatment was enhanced by music therapy, according to new research.

It is hoped the study, by Queen’s University Belfast (QUB), will help pave the way for the treatment becoming more mainstream.

Ciara Reilly, chief executive of the Music Therapy Trust which provides the service in Northern Ireland said: “The findings are dramatic and underscore the need for music therapy to be made available as a mainstream treatment option.

“For a long time we have relied on anecdotal evidence and small-scale research findings about how well music therapy works. Now we have robust clinical evidence to show its beneficial effects.”

It is estimated that about 20% of Northern Ireland’s youth population present with a mental health problem before their 18th birthday.

Music therapy is a practical intervention which involves children writing songs or composing music to express their feelings. Guitars and keyboards were the often the most popular choice of instruments for participants.

Karen Diamond, also from the Music Therapy Trust said: “It is a non-verbal intervention. The children do not have to say anything. Instead the therapist may ask the child to play a tune to describe their week or how they feel. And, f or a seven or eight-year-old with a mental health problem words can be difficult at the best of times.”

The study was the largest of its kind anywhere in the UK.

Researchers monitored 251 young people aged between eight and 16 between March 2011 and May of this year.

Participants were divided into two groups with 128 being given the usual care options, while 123 were assigned additional music therapy.

All of the young people were being treated for emotional, developmental or behavioural problems.

The study, which was funded by the Big Lottery fund, found that those who received music therapy had improved communicative and interactive skills, compared to those who only received usual care options.

Early findings suggest that the benefits sustained as a result of music therapy are long term.

Dr Valerie Holmes from the Centre for Public Health, School of Medicine, Dentistry and Biomedical Sciences and co-researcher, added: “This is the largest study ever to be carried out looking at music therapy’s ability to help this very vulnerable group.

“What we found was that while music therapy improves communication and interaction skills for all children there is significant evidence that it benefits those aged 13 and older.

“At the minute, music therapy is not a mainstream clinical option. This study gives us evidence and we hope that the results will help ensure that music therapy may become a mainstream option for children and young people with mental health difficulties.”

Professor Sam Porter of the School of Nursing and Midwifery at QUB, who led the study, said the results were “hugely significant” in terms of determining treatments.