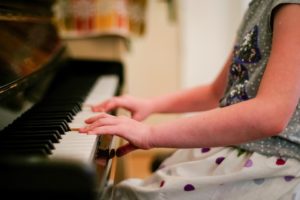 Effect more pronounced for those who take instrumental rather than vocal music, study finds

High schoolers who take music courses score significantly better on exams in certain other subjects, including math and science, than their non-musical peers, according to a study published by the American Psychological Association.

“In public education systems in North America, arts courses, including music courses, are commonly underfunded in comparison with what are often referred to as academic courses, including math, science and English,” said Peter Gouzouasis, PhD, of the University of British Columbia, an author of the study of more than 100,000 Canadian students. “It is believed that students who spend school time in music classes, rather than in further developing their skills in math, science and English classes, will underperform in those disciplines. Our research suggests that, in fact, the more they study music, the better they do in those subjects.” Full story.
American Psychological Association (Newswise) / June 20, 2019