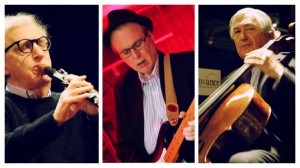 “I feel like music training lead to the high-speed legacy of Google for me.”- Larry Page, CEO

Apple clearly took the lead over competing internet giants when it came to selling digital downloads and mp3 players, but that doesn’t mean that music wasn’t an essential ingredient in the building of the Google empire. One could argue that music’s greatest value, far more than its market share as a commodity, is something we rarely acknowledge: its ability to help wire us for greater success and fulfillment in our lives. Maybe if society began to recognize music as a key part of the development of the young minds that might one day become some of its most creative, intelligent and successful citizens, we could insist that it be a part of every child’s education. Full story.