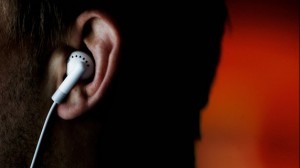 IT IS music to any musician’s ears: playing an instrument can prevent hearing loss.

Scientists have found regular music practice can slow changes to the brain regions that process sound, adding to research that shows staying mentally active can prevent or delay cognitive decline as people age.

Canadian scientists had a group of musicians and non-musicians, between 18 and 91, perform several hearing tasks.

They measured the quietest sound the participants could detect, called pure-tone sensitivity, and their ability to detect two sounds at the same time, recognise gaps in continuous sound and understand speech in a noisy environment, all faculties that decline with age.

They found musicians could better distinguish between sounds, recognise gaps and understand speech when several people were talking – hearing tasks that relied more on the brain to process the sound than the ear – than non-musicians.

The researchers, whose findings are published in the journal Psychology and Aging, the musicians delayed the age-related changes that occur in the brain regions that process sound, allowing them to perform better in hearing tasks that rely more on cognition. But musicians were no better at the tasks that depended on the physical structure of the ear, such as microscopic hairs inside the cochlea, which atrophy with age.