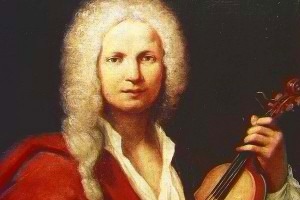 Have a challenging mental task ahead of you? Try using Spring from Vivaldi’s The Four Seasons as background music.

The Mozart Effect—the notion that listening to certain pieces of classical music can boost one’s brainpower—was initially embraced, widely popularized, and then largely debunked. But like an operatic character who keeps singing robustly on her deathbed, it refuses to go quietly.

Now, new research from the U.K. has found cognitive benefits from listening to one of the most popular pieces in the repertoire: Vivaldi’s The Four Seasons.

In an experiment, the work’s evocative Spring section, “particularly the well-recognized, vibrant, emotive and uplifting first movement, had the ability to enhance mental alertness and brain measures of attention and memory,” reports Northumbria University psychologist Leigh Riby. He describes his study in the journal Experimental Psychology.

Riby’s research featured 14 young adults (mean age 21), all of whom performed a mental-concentration task while their brain’s electrical activity was monitored using an electroencephalogram. They were instructed to press the space bar of a keyboard when a specific stimulus (a green square) flashed on a monitor, ignoring both the red circle that came up most of the time, and the blue square that occasionally appeared.

They performed this task while listening to the four concertos that make up Vivaldi’s piece (each of which depicts a different season), as well as in silence. The EEG measured activity in specific parts of the brain as they did so.

The results: Participants responded correctly at a significantly faster rate during the Spring concerto than during the other three sections of the work, or while performing the task in silence. While the particularly potent first movement was playing, the average response time was 393.8 milliseconds, compared to 408.1 while working in silence, or 413.3 while listening to the more somber Autumn concerto.

Participants reported feeling more alert while the Spring concerto was playing, and the EEGs suggest the music impacted “two distinct cognitive processes,” according to Riby. He reports the piece appeared to produce “exaggerated effects” on one component of mental activity that is tied with the “emotion-reward systems within the brain.”

Riby found that “musical mode (major vs. minor) did not consistently impact on performance or brain measures of attention and memory.” If the equation was that simple, the Autumn concerto—which, like Spring, is in a major key—would have similarly enhanced cognitive function. At least in this experiment, it did not.

This leads him to “other programmatic qualities of music” as the benefactor. Perhaps Spring really does evoke a feeling of springtime deep in our brains, lifting our moods and, at least momentarily, stimulating higher levels of cognitive functioning.

His findings may shed light on another recent study, which found people can improve their moods if they make a conscious effort to do so while listening to a different classical selection: Aaron Copland’s Rodeo. That piece, too, evokes pleasant imagery–cowboys, horses, a whirlwind of motion. It’d be interesting to see what impact it has on cognitive quickness.

While its scale is small, the British study “provides evidence that there is an indirect effect of music on cognition that is created by mood, alertness and emotion,” Riby concludes. It may even stimulate the sale of some CDs. Wonder if the Vivaldi Effect has been trademarked.