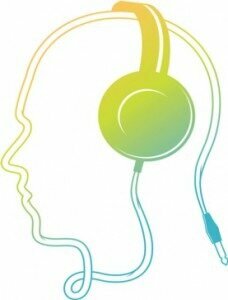 Scientists have observed that reading ability scales with socioeconomic status. Yet music might help close the gap, according to Nina Kraus and her colleagues at Northwestern University.

Kraus’s team tested the auditory abilities of teenagers aged 14 or 15, grouped by socioeconomic status (as indexed by their mother’s level of education, a commonly used surrogate measure). The researchers recorded the kids’ brain waves with EEG as they listened to a repeated syllable against soft background sound and when they heard nothing. They found that children of mothers with a lower education had noisier, weaker and more variable neural activity in response to sound and greater activity in the absence of sound. The children also scored lower on tests of reading and working memory.

Kraus thinks music training is worth investigating as a possible intervention for such auditory deficits. The brains of trained musicians differ from nonmusicians, and they also enjoy a range of auditory advantages, including better speech perception in noise, according to research from Kraus’s laboratory. The researchers admit that this finding could be the result of preexisting differences that predispose some people to choose music as a career or hobby, but they point out that some experimental studies show that musical training, whether via one-on-one lessons or in group sessions, enhances people’s response to speech.

Most recently Kraus’s group has shown that these effects may last. Kraus surveyed 44 adults aged 55 to 76 and found that four or more years of musical training in childhood was linked to faster neural responses to speech, even for the older adults who had not picked up an instrument for more than 40 years.

This article was originally published with the title “Fighting Poverty with Pianos.”