Media
Music has slipped through the bars of Cage
March 27th, 2013
Tags: composers 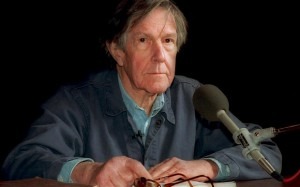 I’ve just been staying at the Dartington Hall Summer School with the conductor Ilan Volkov, who was periodically distracted from his master-classes by surreal volleys of emails asking things like “How do you suggest we play the cactuses?” To which the answer was: “A toothbrush.”

This was not insanity, but preparation for the Prom he was leading on Friday night: a marathon centenary event for John Cage, who was born in 1912, died 20 years ago, and is remembered as the genially bonkers but in fact intensely serious maverick who stretched the boundaries of music into areas that didn’t previously seem musical at all.

The emperor of the American avant-garde, he was a less forbidding figure than his European counterparts, Boulez and Stockhausen, but actually more radical. What they developed, he turned upside down – in pieces that were 4 minutes 33 seconds of silence, or intended to be played on plants, or written, like his 1952 response to Handel’s Water Music, for a pianist whistling under water. (“Unlike Handel,” Cage proclaimed, “it really splashes.”)

Always laughing and “devoted”, as he said, “to the principal of originality”, he had about him the air of an innocent who had stumbled on profound truths and turned himself into a purveyor of wisdom – a Buddhist, basically. Fundamental to everything he did was an idea about the relationship between art and life that ran: where art selects and formalises experience, life “just is” – and wouldn’t it be nice if we could merge the two together so that art “just is” as well?

In our own, defiant times of art made out of severed cows and soiled beds, this may not seem such a big deal. But in the 1940s and in music (always 30 years behind the other arts) it was a radical proposal. And it led, inevitably, to the core Cage-ian mantra: “Everything we do is music.”