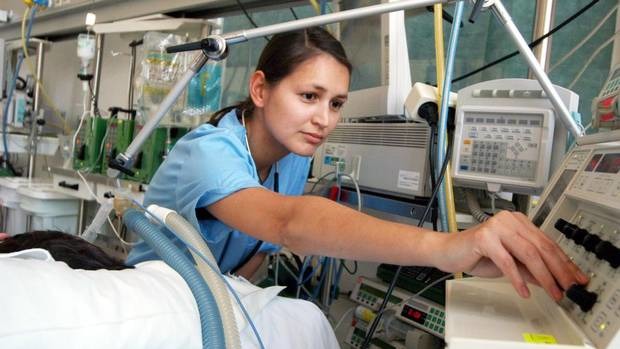 Playing soothing music to patients in a hospital intensive-care unit can help to ease their anxiety and reduce the need for sedating medications, a study shows.

Being treated in an ICU can be an extremely unnerving experience, especially for patients who require a mechanical ventilator because they can’t breathe on their own. “Breathing through a tube and having oxygen gas forced into your lungs is very anxiety-producing,” Chlan explained. “And not knowing if you are going to live or die is psychologically stressful.”

Many patients must be prescribed sedating medications to manage the anxiety and promote breathing in time with the ventilator. But the drugs can have serious side effects, including low blood pressure and a low heart rate, as well as contributing to confusion and frustration over not being able to communicate. If they survive the ICU, some patients are later troubled by post-traumatic stress disorder.

So Chlan and her research colleagues decided to try music as an alternative to using the heavy-duty drugs.

Their study included 373 patients on mechanical ventilators at five hospitals in the Minneapolis-St. Paul area. The subjects were randomly divided into three groups: A third of them were able to listen to their favourite type of music using headphones; another third were given sound-cancelling headphones to dampen the distracting noises of the ICU; and the rest got the standard treatment, which meant no headphones of any kind.

The results, published in the Journal of the American Medical Association, clearly demonstrated the benefits of music. “We found a significant reduction in anxiety over the course of the study,” said Chlan, who also presented the findings on Monday at a conference of the American Thoracic Society in Philadelphia.

Among those who were able to listen to pleasing tunes, anxiety was reduced by 36.5 per cent, the number of sedative doses dropped by 38 per cent and the intensity of sedation fell by 36 per cent, compared with ventilated patients who were not offered the music option.

Chlan said music has been underappreciated when it comes to its value as a therapeutic tool.

“People think of music as something that is just nice to listen to. But it really is more powerful than that,” she said. “It activates regions in the brain associated with pleasure and it can reduce the levels of some stress hormones. So that, in turn, can reduce the arousal of the central nervous system.”

Music also helps to take the mind off the unpleasantness of the ICU. “It occupies areas of the brain that would otherwise be occupied by anxiety signals,” Chlan said. “And it focuses your attention on this very pleasing signal of music.”

Not just any playlist will do the trick, however. The music needs to be relaxing, so the tunes were limited to those with 60 to 80 beats per minute. The patients also have to like the music. They were individually polled about their preferences and a collection of tunes was assembled for each one of them.

On average, the patients in the music group listened for 80 minutes a day. By contrast, the patients with the noise-cancelling headphones used them for only 34 minutes daily.

While there was some reduction in anxiety among the participants who used the headphones, the improvements were much more pronounced in the music group.

“There is something there with noise-cancelling headphones, but the music is so much more powerful. With the music, we were able to show a simultaneous reduction in anxiety and in sedation,” Chlan said in a statement released with the study.

The researchers are now working on a plan to standardize their music therapy so that it can be used in ICUs at other hospitals. “If this is going to have wide clinical impact, that really has to be done,” Chlan said.