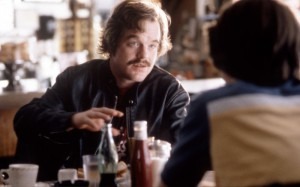 In the new paradigm, artists generate coverage by their clothes, hook-ups, and run-ins with the law. What happened to the music?

Imagine, for a moment, football commentators who refuse to explain formations and plays. Or a TV cooking show that never mentions the ingredients. Or an expert on cars who refuses to look under the hood of an automobile.

These examples may sound implausible, perhaps ridiculous. But something comparable is happening in the field of music journalism. One can read through a stack of music magazines and never find any in-depth discussion of music. Technical knowledge of the art form has disappeared from its discourse. In short, music criticism has turned into lifestyle reporting.

I’ve just spent a very depressing afternoon looking through the leading music periodicals. And what did I learn? Pretty much what I expected. I found out what the chart-topping musicians are wearing (or, in many instances, not wearing). I got updates on their love life, and learned whose marriages are on the rocks. I read updates on the legal proceedings of the rich and famous. I got insights into the food preferences and travel routines of megastars. And I read some reviews of albums, and got told by “‘critics” (I use that term loosely) that they were “badass,” “hot,” “sexy,” “tripped-out,” and “freaky.”

On a few occasions, a reviewer might mention the instruments involved in the making of an album—but usually skipped these apparently tedious details. I couldn’t find any cogent analysis of how these instruments were played. (No, I don’t count “totally shreds” as cogent analysis.) I didn’t read a single discussion of song structure, harmony, or arrangement techniques.

Who knows, perhaps editors have forbidden the discussion of music in articles on musicians. Judging by what I read, they want scandal and spectacle. Certainly the artists who deliver these get the most coverage, and musical talent be damned.

“It’s a sign of the times that celebrity trumps actual culture,” Billboard magazine editorial director Bill Werde recently complained in a parting shot before his departure from the periodical. He recalled his frustration after the American Music Awards when he tried to interest media outlets in covering some of the outstanding performances at the event. “I bumped into a producer for one of the shows that was contemplating coverage,” Werde describes. “And our conversation basically amounted to: ‘It was boring because nothing controversial happened.’” Werde concluded this open letter to his peers in music journalism: “Maybe, just maybe, we should focus on their art.”

A few days after he wrote these words, Werde was gone from Billboard. He announced that the parent company wanted to “move the brand in a more consumer-focused direction.” His replacement Janice Min, who will also retain responsibility for The Hollywood Reporter, offered few details, but talked about creating “a true entertainment super-brand.” I won’t try to decipher this corporate jargon, but my hunch is that the industry’s leading trade journal will pay even less attention to music, and focus more on scandals, spectacles and lifestyle-oriented stories.

I can hardly blame the power brokers at Billboard. The disappearance of critical judgment from music coverage can be seen across the full spectrum of modern media. Newspaper reviews have been downsized and many music critics with specialized expertise dismissed, especially in perceived “niche” categories such as jazz and classical, genres with small sales but a long history of smart music-driven criticism. TV reportage of music is even less sophisticated, with scandal stories predominating, except for the occasional obituary tribute to the dearly departed, where a word or two on musical matters is obligatory. On the radio dial, NPR offers occasional snippets of high quality commentary on musical artists, but one wonders how long they can hold out amidst the Bieberization of arts journalism. Some smart criticism flourishes in the blogosphere but, with all the background noise, you would have a better chance of finding a Victrola needle in a Radio Shack.

When Harry Connick, Jr. recently used the word “pentatonic” on American Idol, his fellow judge Jennifer Lopez turned it into a joke. And, indeed, what could be more humorous than a musician of Connick’s stature trying to talk about musical scales on a TV reality show? Yet football announcers not only talk about “stunts” or the “triple option” but are expected to explain these technical aspects of the game to the unenlightened. The hosts on business cable channels refer to PE ratios and swap spreads, and no one laughs at them. So why can’t a judge in a TV singing contest employ some basic music terminology? The pentatonic scale is a simple concept—just five notes (do, re, mi, so, la) we all learned as children. Yet even that tiny dose of musical knowledge is apparently too much for modern-day media.

It wasn’t always like this. When I was a child, Gunther Schuller’s byline appeared in Saturday Review, and Leonard Bernstein hosted music specials on CBS. In my teens, I could read smart, musically astute critics in many magazines and newspapers. I might disagree with the judgments of Harold Schoenberg, John Rockwell, Winthrop Sargeant, Robert Palmer, Leonard Feather, Martin Williams, Alfred Frankenstein, and others, but they knew their stuff. Many of them were musicians themselves. Sargeant had served as a violinist with the New York Philharmonic. Frankenstein had played clarinet with the Chicago Symphony. Palmer gigged in bands before he started writing about them. Feather had recorded as a pianist, and although he would never put Oscar Peterson out of business, he knew his sharps and flats.

But gradually the language of lifestyle squeezed out musical assessment. Critics who knew how to play this game flourished, and the best of them, following the lead of Lester Bangs, managed to compensate with metaphor and bravado for what they lacked in technical knowledge. Readers found this refreshing, especially as many of them now looked to define their own lifestyle by their album choices.

Few can remember a time when music wasn’t a tool of self-definition, but until the second half of the twentieth century this was only a small part of a song’s appeal. For most people living in the world, circa 1920, music was embedded into their life, not chosen as a lifestyle accessory. But gradually, over the next several decades, music’s value as a pathway of personal definition came to the forefront of our culture. Sometimes the shift was barely perceptible, but in retrospect we can gauge its profound impact. For example, people in rural America didn’t choose country music during the early decades of the 20th century, but were literally born into its ethos; yet by the ’70s, country music had evolved into a lifestyle choice, a posture adopted by millions who never roped a steer or herded cattle, but still wanted to affiliate themselves with the values espoused by the songs. By the time we arrive at the age of disco and punk rock, the music consciously builds its appeal on lifestyle considerations.

Record label execs and critics never actually announced that they had given up on music as music, but their actions made clear how little faith they retained in its redemptive power, how much they craved the glamour of other fields. They acted as if music were a subset of the fashion or cinema or advertising industries. Songs became vehicles, platforms for something larger than just notes and words. Or—dare I suggest?—something smaller.

Our everyday language also reflects this shift. During the entire year 1967, The Chicago Tribune only employed the word “lifestyle” seven times, but five years later the term showed up in the same newspaper more than 3,000 times. Fast forward to the present day: many newspapers have full-time lifestyle editors. This shift has impact on coverage of every aspect modern society, from sports to the weather. The lead-in for traffic is a cheery: “Now a look at your morning commute.” Business news is introduced with a glib: “Here’s a look at your money.” Hey Mr. Announcer, you better look fast. But the arts have suffered the most from this mind-numbing approach. Music, in particular, gets treated as one more lifestyle accessory, no different from a stylish smartphone or pair of running shoes. Hard-nosed criticism is squeezed out by soft stories, gossip and fluff. For better or worse, music journalism has retreated into a permanent TMZ-zone, where paparazzi and prattlers, not critics, set the tone.

Even statements that appear, at first glance, to address musical issues are often lifestyle statements in disguise. I’ve learned this the hard way, by getting into detailed discussions over musical tastes, and discovering that if you force pop culture insiders to be as precise as possible in articulating the reasons why they favor a band or a singer, it almost always boils down to: “I like [fill in the name] because they make me feel good about my lifestyle.” Most disputes about music in the current day are actually disagreements about lifestyle masquerading as critical judgments.

Yet we need smart musical criticism more than ever nowadays. In my many years as music scribe, I’ve never encountered such a huge gap between the skilled and the unskilled, the talented and the wannabes. Listening to new releases, I am reminded of how an Australian friend once described the United States to me: “You Americans represent the best of the best, and the worst of the worst, all hopelessly mixed together.” The same is true of the output of the music industry in the present day. I hear artists who can sing like birds, others who would need to retire if Auto-Tune disappeared. I encounter songwriters who have mastered all the nuances of harmony, others who couldn’t modulate keys if you handed them the chords on a silver flash drive. I’m dazzled by performers who possess a deep grasp of rhythm; others apparently haven’t yet figured out the simplest syncopations.

Certainly non-musical factors also deserve attention from critics. We have all encountered artists with very little technical skill, who still succeed because they compensate with an excess of imagination and creative vision. And who knows, maybe waving a foam finger or dressing like a robot warrants a paragraph or two, even if it’s little more than a gimmick. But let’s not kid ourselves, these can’t serve as the foundation for a healthy musical culture. Musical knowledge empowers artistic expression. Critics who are unwilling, or perhaps incapable, of assessing such matters may still have some insights to offer, but they will struggle to fulfill the most basic responsibility of the music critic, which is to pay close attention to the sounds.

Yet there’s an even larger issue at stake here. The biggest problem with lifestyle-driven music criticism is that it poisons our aural culture. Discerning consumers who care about music and have good ears should be the bedrock of the music business, but many of them have given up on new artists because they can’t find reliable critics to guide them. Record labels, for their part, need frank, knowledgeable feedback from critics—both to keep them honest and hold them accountable—but such input is in short supply and veering towards extinction. Above all, artists deserve a milieu in which musical talent is celebrated and given some acknowledgement in the media.

In other words, criticism is a tiny part of the ecology of the music business, but an essential part. Without smart, independent critics who know their stuff, everything collapses into hype, public relations, and the almighty dollar. We have already seen where that leads us—take a look at the trendline of recording sales, if you have any doubts. It’s not too late to fix the mess, but that won’t happen until critics stop acting like gossip columnists, and start taking the music seriously again.