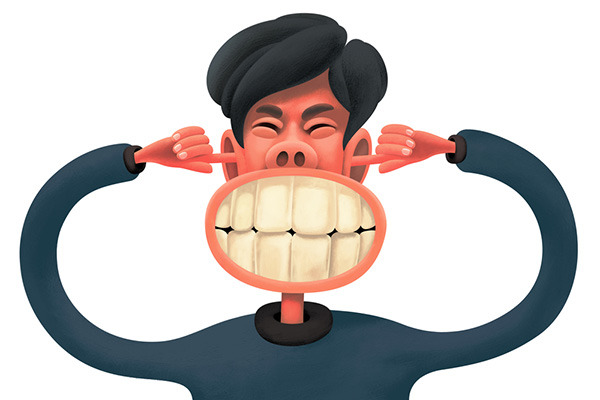 New research suggests the discomfort caused by listening to “strange” music can lead people to lose empathy for outsiders.

Can we train ourselves to be more comfortable with, and less fearful of, people from different cultures? Well, we can try, and for some, that means tasting their food and listening to their music.

Bad idea. Newly published research suggests that approach could have the opposite of its intended effect. It finds listening to unconventional music prompts people to denigrate outsiders.

A research team led by University of Limerick psychologist Paul James Maher reports that hearing “music that is difficult to reconcile with existing expectations about music structure and sound” can kick off a chain of unfortunate thoughts and emotions. According to this analysis, people unconsciously grasp for the sense of meaning the odd sounds fail to provide—and often find it by affirming their allegiance to their own social group.

In the European Journal of Social Psychology, the researchers describe three experiments which provide evidence backing up their thesis. One featured 60 students from the University of Limerick in Ireland. Half listened to a four-minute-long piece of music that is typical of contemporary electronic pop: Da Funk, by the French group Daft Punk.

The others listened to Interstellar Narcotics by the avant-garde electronic music artist Venetian Snares. “This artist is known for making music in odd numbered time signatures that can arguably be considered unconventional to most people,” the researchers write.

Afterwards, all were asked what portion of an imaginary 100 million Euro social-services budget should be set aside for services to the “traveling community,” which the researchers describe as an “often marginalized minority group.”
Those who had listened to the less-conventional music allocated significantly less money to that much-maligned community.

In another study, 63 University of Limerick students listened to one of two versions of the instrumental song One Late Night by the blues artist Dr. John. Half heard the original recording, while the others heard “the same piece of music that had been edited by an experienced musician to make it appear less coherent, while keeping the length and tempo the same.”

They then read a scenario in which an Englishman, driven by ethnic prejudice, severely beat an Irishman, and was subsequently taken into custody. Participants were asked what would be the “appropriate jail sentence” for the perpetrator.

“Participants who had been exposed to the unconventional music gave significantly longer jail sentences to the English offender,” the researchers report. “It appears the deviation in (musical) structure was enough to elicit out-group derogation.”

These results “are consistent with studies demonstrating that people compensate for ‘meaning threats’ by reaffirming meaningful frameworks elsewhere,” the researchers write. Unfortunately, in these cases, this compensation apparently took the form of reaffirming the participants’ loyalty to their society, which showed up in a decreased willingness to empathize with outsiders.

So the next time you think about inviting a closed-minded friend to a multicultural fair, think again.

“Traditional music from one culture or society can often sound unconventional to outsiders,” the researchers note. “Celebrations of culture and tradition are often accompanied by music, and as a result, attempts to celebrate and share diversity may have the reverse effect.”