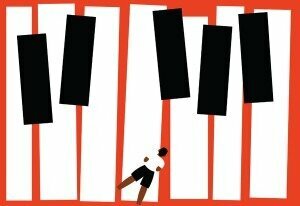 DOES music make you smarter?

Year after year, researchers report associations between children’s participation in music classes and better grades, higher SAT scores and elevated cognitive skills. It’s also well known that many successful adults played instruments as children. On the basis of such evidence, you might assume that music education helped cause such positive outcomes.

That is a misguided assumption. Correlation does not imply causation. These associations do not establish, as many people believe, that music makes you smarter.

There are many plausible alternative explanations for correlations between music lessons and cognitive benefits. Parents who can afford private music lessons might also be more likely to read to their children than to sit them in front of the TV. Children willing to practice an instrument daily might also persevere longer than their peers on their math homework. Greater ability to memorize historical facts or spelling bee words may facilitate better retention of rhythms, melodies and chord progressions.

How, then, can we actually determine the cognitive effects of music education? The optimal way is not with correlational studies and anecdotes, but with randomized controlled trials. Here, children are randomly assigned to one educational experience (music lessons) or another (lessons in another subject, equal in intensity) or to a control (no lessons at all), and then tested afterward.

Despite the widespread belief in the cognitive benefits of music lessons, only five published randomized controlled trials have tested this claim. The findings are far from conclusive. Just one showed an unequivocally positive, though small, effect of piano or voice lessons on children’s IQs — but two subsequent trials failed to replicate this effect. Another trial found a positive effect of classroom music on kindergartners’ spatial reasoning — but not on four other tests. Another trial found increases in general cognitive skills, but not academic achievement, after two years of piano lessons — but not after one or three years.

In a paper published this month in the journal PLoS One, my colleagues Adena Schachner, Rachel Katz, Elizabeth Spelke and I report the results of two new randomized controlled trials that we conducted at Harvard’s Laboratory for Developmental Studies. We studied the effects of a popular type of early childhood music enrichment class, in which parents and children sing songs and lullabies, play instruments and musical games and listen actively to recorded music. Instead of IQ tests, which measure general intelligence, we used more sensitive tests of specific cognitive domains: spatial, linguistic and mathematical skills.

In the first trial, we randomly assigned 29 preschoolers to six weeks of music or visual arts classes. When we tested them afterward, we found no group differences in performance on linguistic or mathematical tests and only modest differences on two spatial tests. Seeking to replicate the result, we ran a second trial with 45 preschoolers, randomly assigning them to either the same music classes or to no classes. This time we found no group differences whatsoever, and in the combined cohort of 74, the results were negative. Overall, we found no evidence that a brief series of parent-child music classes improved preschoolers’ cognitive skills.

But even if future studies fail to support the existence of music’s cognitive benefits, this should not deter parents from providing their children with music lessons. Our findings in no way diminish the intrinsic value of music education, which is so obvious that it needs no validation from empirical study. We’ve made literature, history, mathematics and science core elements of education. Why should music — a human activity older than the written word — be any different?

My colleagues and I urge parents, teachers, school administrators and policy makers to make music education a part of children’s lives for the musical skills it imparts, the cultural knowledge it conveys and, above all, the joy it brings. As Aristotle wrote, music “makes the hearts of men glad: so that on this ground alone we may assume that the young ought to be trained in it.”