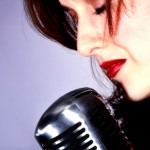 Here’s a little experiment. You know “Greensleeves”—the famous English folk song? Go ahead and hum it to yourself. Now choose the emotion you think the song best conveys: (a) happiness, (b) sadness, (c) anger or (d) fear.


Almost everyone thinks “Greensleeves” is a sad song—but why? Apart from the melancholy lyrics, it’s because the melody prominently features a musical construct called the minor third, which musicians have used to express sadness since at least the 17th century. The minor third’s emotional sway is closely related to the popular idea that, at least for Western music, songs written in a major key (like “Happy Birthday”) are generally upbeat, while those in a minor key (think of The Beatles’ “Eleanor Rigby”) tend towards the doleful.

The tangible relationship between music and emotion is no surprise to anyone, but a study in the June issue of Emotion suggests the minor third isn’t a facet of musical communication alone—it’s how we convey sadness in speech, too. When it comes to sorrow, music and human speech might speak the same language.

In the study, Meagan Curtis of Tufts University’s Music Cognition Lab recorded undergraduate actors reading two-syllable lines—like “let’s go” and “come here”—with different emotional intonations: anger, happiness, pleasantness and sadness (listen to the recordings here). She then used a computer program to analyze the recorded speech and determine how the pitch changed between syllables. Since the minor third is defined as a specific measurable distance between pitches (a ratio of frequencies), Curtis was able to identify when the actors’ speech relied on the minor third. What she found is that the actors consistently used the minor third to express sadness.

“Historically, people haven’t thought of pitch patterns as conveying emotion in human speech like they do in music,” Curtis said. “Yet for sad speech there is a consistent pitch pattern. The aspects of music that allow us to identify whether that music is sad are also present in speech.”

Curtis also synthesized musical intervals from the recorded phrases spoken by actors, stripping away the words, but preserving the change in pitch. So a sad “let’s go” would become a sequence of two tones. She then asked participants to rate the degree of perceived anger, happiness, pleasantness and sadness in the intervals. Again, the minor third consistently was judged to convey sadness.

A possible explanation for why music and speech might share the same code for expressing emotion is the idea that both emerged from a common evolutionary predecessor, dubbed “musilanguage” by Steven Brown, a cognitive neuroscientist at Simon Fraser University in Burnaby (Vancouver), British Columbia.  But Curtis points out that right now there is no effective means of empirically testing this hypothesis or determining whether music or language evolved first.

What also remains unclear is whether the minor third’s influence spans cultures and languages, which is one of the questions that Curtis would like to explore next. Previous studies have shown that people can accurately interpret the emotional content of music from cultures different than their own, based on tempo and rhythm alone.

“I have only looked at speakers of American English, so it’s an open question whether it’s a phenomenon that exists specifically in American English or across cultures,” Curtis explained. “Who knows if they are using the same intervals in, say, Hindi?”