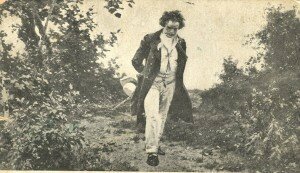 Musical activism reached its zenith in the wake of the political turbulence of the 1960s and ‘70s.

From Bob Dylan’s “With God on Our Side” to Sam Cooke’s “A Change is Gonna Come,” the cold war era was a time when people, even faced with the prospect of global annihilation, still believed in the power of music to promote peace and equality. And while change did come to some extent, namely in the form of the civil rights movement, the end of the cold war only brought a tenuous reluctance toward global conflict predicated on the less-than-peaceful doctrine of mutually assured destruction. Nevertheless, the idea that music can influence politics continues to be a popular talking point for artists, writers, and musicologists alike. It’s long been a cliché to see “Ode to Joy” rolled out by governments of varying democratic integrity as an anthem of political unity, within a wider tendency to see classical music as a unifying force; Barenboim’s West-Eastern Divan Orchestra, which, despite fairly unanimous praise in the West, has been criticized in the East for its perpetuation of an ideal of universal peace grounded within a distinctly Western cultural tradition. Can music alone ever be a successful mode of political activism? Full story.