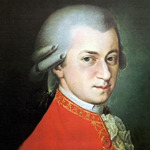 For over 15 years, scientists have been discussing alleged performance-enhancing effects of hearing classical music. Now, University of Vienna researchers Jakob Pietschnig, Martin Voracek and Anton K. Formann present quite definite results on this so-called “Mozart effect” in the US journal Intelligence. These new findings suggest no evidence for specific cognitive enhancements by mere listening to Mozart’s music.


In 1993, in the prestigious journal Nature, University of California at Irvine psychologist Frances H. Rauscher and her associates reported findings of enhanced spatial task performance among college students after exposure to Mozart’s music. Mozart’s 1781 sonata for two pianos in D major (KV 448) supposedly enhanced students’ cognitive abilities through mere listening. Scientific articles only rarely attract such public attention and excitement as was the case for Rauscher’s publication: the New York Times wrote that listening to Mozart would give college-bound students an edge in the SAT. What is more, other commentators hailed Mozart music as a magic bullet to boost children’s intelligence.

In the course of this hype, then Georgia governor Zell Miller even issued a bill in 1998, ensuring that every mother of a newborn would receive a complimentary classical music CD. In the same year, Florida’s state government passed a law, requiring state-funded day-care centers to play at least one hour of classical music a day.

In the scientific community, however, Rauscher’s finding was met with scepticism, as researchers around the world found it surprisingly hard to replicate. University of Vienna psychologists Jakob Pietschnig, Martin Voracek, and Anton K. Formann now report the findings of their meta-analysis of the “Mozart effect” in the US journal Intelligence.

Their comprehensive study of studies synthesizes the entirety of the scientific record on the topic. Retrieved for this systematic investigation were about 40 independent studies, published ones as well as a number of unpublished academic theses from the US and elsewhere, totalling more than 3000 participants.

The University of Vienna researchers’ key finding is clear-cut: based on the cumulated evidence, there remains no support for gains in spatial ability specifically due to listening to Mozart music.

“I recommend listening to Mozart to everyone, but it will not meet expectations of boosting cognitive abilities”, says Jakob Pietschnig, lead author of the study. A specific “Mozart effect”, as suggested by Rauscher’s 1993 publication in Nature, could not be confirmed. The meta-analysis from the University of Vienna exposes the “Mozart effect” as a legend, thus concurring with Emory University psychologist Scott E. Lilienfeld, who in his recent book “50 Great Myths of Popular Psychology” already ranked the “Mozart effect” number six.