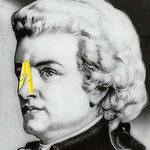 CLASSICAL music’s ability to stir the soul and lift the spirit is undisputed. But its ability to break down sewage is only just coming to light.


A German company is trialling a sound system that replicates the vibrations and sounds of the concert hall which, when combined with oxygen, helps break down sewage. Sydney Water is monitoring the trial.

The process being tested involves a stereo sound system developed by a private company, Mundus. It claims the sound waves of Mozart’s The Magic Flute and The Marriage of Figaro, together with oxygen, boost the activity of micro-organisms in breaking down biosolids.

Advertisement: Story continues below
”Mozart managed to transpose universal laws of nature into his music,” a founder of the company, Anton Stucki, has been reported as saying.

”It has an effect on people of every age and every cultural background. So why not microbes? After all, they are living things just like us.”

”Nonetheless, Sydney Water will monitor the progress of the German trial to see what, if any, performance data emerge that might be of practical use.

”It is a novel suggestion that Mozart could help microbes perform better, and one that our science and technology staff have not heard before.”

In sewage treatment, the waste water flows to aerated tanks where bacteria consume what they can. With Mozart’s aid, micro-organisms are expected to increase the aerobic degradation of organic matter or the breakdown of organic contaminants when oxygen is present. This procedure was tested successfully in Austria last year for eight weeks.

This year testing has been under way at a plant in Treuenbrietzen, Germany, using special speakers.