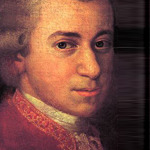 BERLIN: Mozart has been credited with everything from increasing the intelligence of unborn babies to boosting the milk yield of cows.


Now the head of a German sewage plant has introduced piped Mozart music to stimulate the activity of microbes that break down waste.

Anton Stucki, the chief operator of the sewage centre in Treuenbrietzen, an hour south-west of Berlin, believes the compositions speed up the way the organisms work and lead to a quicker breakdown of biomass.

”We think the secret is in the vibrations of the music, which penetrate everything – including the water, the sewage and the cells. It creates a certain resonance that stimulates the microbes and helps them to work better. We’re still in the test phase, but I’ve already noticed that the sewage breakdown is more efficient.”

He has developed a sound system that projects Mozart operas in several directions at once, recreating a spread of sound similar to that of a concert hall. And he compares the process to that of an orchestra.

”Just as in an orchestra where everything has to be in harmony, so it is here. But, of course, you need the right frequencies and the right music, and Mozart hits the spot.”

So far Mr Stucki’s preferred composition is The Magic Flute. ”But we’re keen to try others as well, and to see what effect they have. I’m convinced we can influence the nitrate contents with this method.”

The method was developed at a smaller sewage treatment plant in Austria, whose owners said it helped reduce the cost of waste treatment.

Mr Stucki said he was not a classical music fan and had to be convinced of the efficacy of the music before agreeing to listen to it all day long.

”I prefer rock. But my theory as to why it works is that Mozart managed to transpose universal laws of nature into his music. It has an effect on people of every age and every cultural background. So why not on microbes? After all, they’re living organisms just like us.”