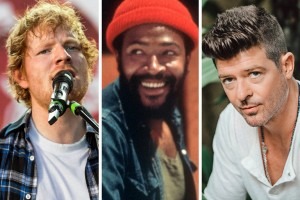 Peter Oxendale, a onetime glam rocker (“We all have skeletons,” he says), is perhaps the world’s leading forensic musicologist, the person musicians call when they believe someone has ripped off their work. In a penthouse overlooking the English Channel, he analyzes songs, everything from pop hits to classical pieces, until he is sure there has been an infringement, or not.

So it’s a shame he clammed up recently when asked about today’s highest-profile copyright question: Did the British pop star Ed Sheeran steal from Marvin Gaye’s “Let’s Get It On” for his own “Thinking Out Loud”? Full story.