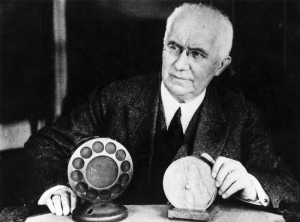 Emile Berliner made vinyl a mass-market reality in Montréal

Of all the architects of our modern music industry, few are more forgotten or more important than Emile Berliner. His story may be woefully under-told, but everyone who grew up buying records, every record collector, vinyl fetishist, crate digger, every DJ and listener holding out for the warmth and fidelity of analogue recording and delivery, is in his debt. At the turn of the 20th century, Berliner invented the technology behind recorded music and the means to distribute it on a mass scale. And the spiritual locus of Berliner’s achievement can be found in an out-of-the-way corner of Montréal known as Saint-Henri. Full story.