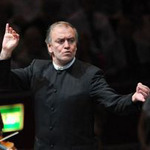 Beware orchestras with the word ‘Peace’ in their name, says Jessica Duchen – their misguided idealism devalues the term.


Christmas: peace on Earth, good will to all. But when the third musical organisation in as many weeks communicated with the word “Peace” featuring prominently in its name, I started wondering why this should spark a sinking sensation that says: “Beware of the bandwagon.”

As the profile of music as a tool for social transformation grows ever higher, more organisations appear to be latching on to the idea that music can bring peace. The sorry truth is that, much as we’d like it to, it can’t.

The original culprit was the World Orchestra for Peace. Since 1995, it has been bringing together musicians from 40 countries twice a year, usually to perform in locations of global significance. Its idealistic founder, Sir Georg Solti, once explained its raison d’être: “We are playing so beautifully, we prove that we can live in peace. I wish that politicians, left and right, could do the same.” The orchestra is now flourishing under Valery Gergiev’s baton.

Gergiev commented earlier this year: “Of course, we cannot bring peace. But what we can do is make a statement. We can show the world that people from many different cultures, who have never met, can work together.”

I’m not sure what statement its next destination – Abu Dhabi – is meant to make. Its most obvious attraction (apart from the weather in January) could be that the place is trying to raise its cultural street cred and has plenty of money with which to do so. The orchestra no doubt has to balance idealism with the practical issues of cost.

This, though, is not half as peculiar in “peace” terms as the statement implied by the orchestra’s visit to Jerusalem in 2008. That concert was sponsored by the Russian oligarch Arcadi Gaydamak, who was endeavouring to become mayor of the city (later he lost the election). He has since been convicted in France, in absentia, for arms dealing with Angola and sentenced to six years in jail (he denied the charges and has never been extradited). The trial was underway at the time of the concert. No laws prevent an alleged but at that time unconvicted arms dealer from sponsoring a peace orchestra, but the revelation left an exceedingly bad taste in the mouth. Besides, if the orchestra really wanted to “make a statement” it could have played not only in West Jerusalem, but also Ramallah. Raising the necessary sponsorship would surely not have been beyond the capabilities of the ever-resourceful Gergiev.

But now smaller organisations have started using the word “Peace” in their monikers. There’s the South African Quartet of Peace: four fine Italian stringed instruments, each “dedicated” to a South African winner of the Nobel Peace Prize, are played by different musicians around the world, promoting “peace”. Then there’s the Denmark-based Middle East Peace Orchestra, which recently toured the UK. It offers a maverick concatenation of Arabic, Jewish and Western music, and does devoted education work with Arabic children in Copenhagen. Now, education work can make a serious difference to children’s lives. “Making a statement” does nothing but make a statement.

None of the musicians I have talked to believes that they can bring peace as such. But if the words “for peace” feature prominently in a title, the audience wants the event to deliver on that – and the branding subliminally encourages that weakness in us. If we accept “music for peace” as the panacea of all evils, we are selling short not only everything that music can achieve, which is prodigious, but also the nature of peace itself.

These ensembles comfort the sensibilities of well-heeled audiences. They focus our attention on utopian ideals while distracting us from reality on the ground. We’ve fallen into the trap of using music as a shield to protect us from the pain of what’s really out there.

So “Peace” today is in danger of becoming just a tired old brand, devalued by overuse and misuse.